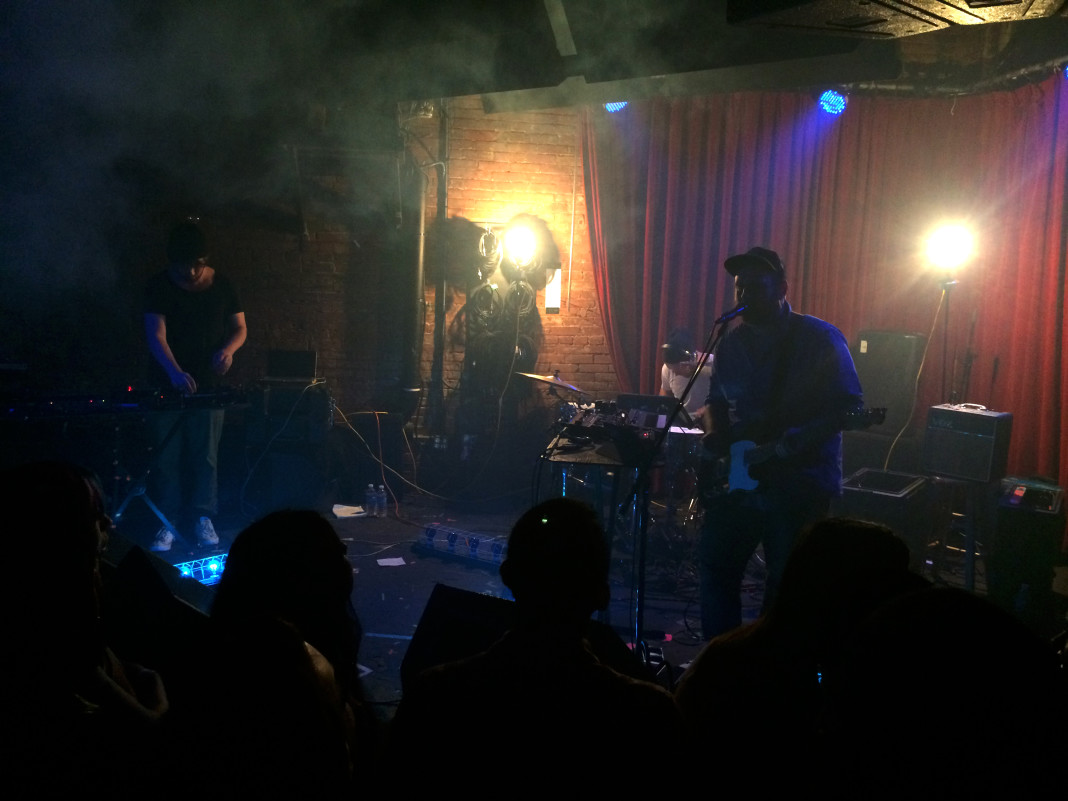 For some reason, Deep Ellum was excessively popping for a Monday night. Whether it be the spillover from spillover or the incessant need to keep partying into the week days, the shows went on, and a notable one occurred at Dada once more.

The floor filled with eager fans as the first opener Borys warmed things up. The glitchy and glitzy tone of the Edmonton native was an apt accompaniment for a night of nuanced electronic artistry, notably of the progressive dance variety. Polarizing at worst, terrific at best, Borys finished his set and made way for Lanza and her traveling mate Tory.

The room thickened as the Dallas cult following swelled to the attention of Jessy Lanza. A personal favorite of many, Lanza, who was last in Dallas only a few month back in September, put out another fantastic performance with a well-executed live set of from her 2013 debut Pull My Hair Back. The darkness of the room fit the ambient setting which Lanza aimed to conjure with her pristine synths and angelic voice, which is never too manicured nor crude; just right. What was a real treat, yet hopefully expected, was the performance of new tracks from her forthcoming Oh No release, scheduled for May this year. Lanza delivered  these with infectious rhythm and verve, and to many like me increased my level of anticipation for another great album from Jessy Lanza. She ended her set with the ever classic “Keep Moving” and gracefully left.

Junior Boys manned the stage shortly after; a trio of drums, guitar/vocals and synth distributed themselves across the stage and took to their respective instruments. The dense and bouncing bass synth robbed the gentle murmur of eagerly waiting audience members and instantly got a lot of the crowd moving. It’s hard not to. Songs surely featured from their 2016 release Big Black Coat, their first since over 5 years, featured thick melodies and dank bass riffs, on point of the Junior Boys brand. Only after the first song were we reminded of the expertise from the band, and afterwards most of us succumbed to the assertive yet humble set list. A mixture of some old and some new, Junior Boy’s singer Jeremy Greenspan alternated between guitar and synth with ease, showcasing the ample repertoire the two built together. Between song gaps were swift and with minimal. Perhaps this was due to Monday night feeling that the band was feeling, but the audience’s sway told a story of happiness and general passion for the music.

Junior Boys ended their set with an oldie, one I honestly couldn’t tell you, but it got the crowd the most riled it had been the whole night. The guitarist entered his way into the audience and moved about his fans as they parted for him. The last buzz of the guitar and synthesizer reverberated and the crowd clapped intently for the group. The slow but sure deflation of Club Dada ensued and people probably got ready for bed. It’s only Tuesday morning.