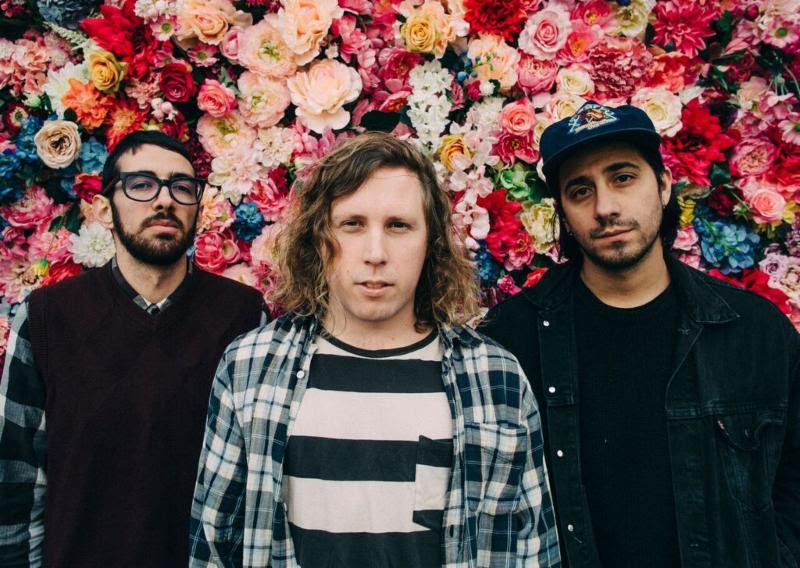 “Why did the semen cross the road? Because I put on the wrong socks this morning.”
That’s the first thing I heard when I walked into Rubber Gloves Rehearsal Studio tonight. The small turnout on this cold Monday night didn’t stop Mink Coats, a local psychedelic rock band, from giving us a show to remember.

Their extended guitar melodies and catchy riffs caught the crowd’s attention so that they were moving to the music without even realizing it (as much as these punks would like to stand still and show no enjoyment whatsoever). Afterward, Adult Books, who was scheduled to come on between Mink Coats and The Rich Hands, didn’t give us time to blink before they had rushed into their set. They played well, didn’t talk much, and ended their set after only five or six songs. However, I got a chance to get a little friendlier with them. I got them talking not only about their music, but about SXSW and Slurpees, too.

Radio UTD: Everything I’ve read about you guys says that you’re a three-piece band, so what’s up with that?

Nick: We added him.

Nick: Before this tour. Cameron just started playing with us before the tour, we wanted to add a second guitar and synth player because there’s a lot of synth and multiple guitar parts on the new record. Cameron’s been friends with us for a long time so he was a good fit.

Radio UTD: You guys sound great as a four-piece.

Nick: Yeah, I like it a lot better than the three piece. It’s nice to have a fuller sound.

Radio UTD: For sure. So how did you guys all meet?

Daniel: Well Nick, Sena and I, the original three, have known each other for over ten years, and I think at our first show ever five years ago Cameron was there. That’s when we met Cameron. Radio UTD: So you guys just released your first LP this month right? How does it feel?

Daniel: Amazing.
Nick: It feels great because we’ve been working on it for a long time, so it’s nice to finally be able to share it with everyone.

Radio UTD: Definitely. So what were you guys up to for the past 4 years when you didn’t release anything?

Daniel: We kinda got wrapped up in playing a lot of shows, and uh…
Sena: Writing three LPs’ worth of material and scrapping it.
Daniel: Yeah, we have a lot more songs than on that LP.
Nick: We’re really critical about our music and what we want to release, so this record we’re really happy with but I guess it took us a while to like, really find the sound that we really wanted.
Daniel: We’ve all kinda been all over the place since we moved to LA too, so it kind of just happened that way, I guess.

Radio UTD: You guys went to SXSW right? How was that? Did you play a ton of shows all day?

Nick: Yeah, Cameron played in three bands there, so some days he was playing like 7 shows a day.
Daniel: Yeah, we stole him from his other band for this tour.

Radio UTD: That sounds rough. Cameron, how was playing 7 shows a day?

Cameron: It wasn’t as bad as I thought, I’d been dreading it for like, the whole tour pretty much, but the actual day was like, I had a good time. It was really fun, yeah.

Radio UTD: Alright, so do you guys feel like your sound is evolving, or are you still finding it, or?

Daniel: I think we kind of grew into our sound with this record. I always kinda knew what I wanted the band to sound like, but it’s taken a while to get there. And then… we took a long time with this record and I think it’s definitely a step up from our EP.
Nick: I think we all have wanted it to sound a little more like this record for the entire time that we didn’t put anything out. I mean, one of our singles is 5 years old and we just recorded it. Literally, some of these songs are four or five years old.

UTD: So, my radio show at UTD focuses specifically on like, surf and garage rock, and something that I’ve noticed as I delved deep into those genres is that it seems like there’s less wiggle room for new sounds in comparison to other areas of music. Do you guys find it challenging to stand out in this scene? How do you make yourselves unique?

Daniel: Um, I think that, I mean, I’ll speak for me, I think we pretty much have tried to stay away from surf and garage rock since releasing that first EP. I mean it’s cool, we still play a lot of those songs, you know, but…

Radio UTD: Do you consider yourselves more like, punk? Do you have a genre?

Nick: I think it’s more of like, post-punk. I mean, that’s what I grew up on but uh, yeah I mean we wanted to have a more polished sound for this record, so I don’t really feel tied to like, stay strictly within the garage genre or anything like that. Radio UTD: Alright, I get that. Ok, fun question, if you could go on tour with anybody, who would it be? Tell me your dream touring partner.

Nick: We wanna play the Smiths reunion tour, with the Morrissey and Johnny Mar makeup. Daniel: Yeah, that’d be cool.

Radio UTD: I thought I’d get an answer like that.

UTD: Alright. So, do you have any advice for up and coming college kids?

Radio UTD: Help the angsty hipsters out. We’re just trying to make it.

Nick: Uh, study hard, have fun, meet lots of new friends.
Sena: Read Ulysses.
Daniel: If you want a headache, read Ulysses.
Nick: Do you guys have a slurpee machine in your dining hall?

Radio UTD: No, we don’t. We have a soft serve machine but it’s always broken.

Nick: Yeah, that’s not gonna work. Petition to get a slurpee machine. You’re gonna need some frozen treats to keep you going.

Radio UTD: One time a guy that worked in the dining hall slipped an ice cream sandwich into my jacket pocket and it was the greatest day of my life.

Nick: Yeah man, that’s super awesome.
Daniel: For me honestly, super cliche, I would say just like seriously, if you wanna play your music, just play exactly what you want.
Nick: Play a bunch of shows.
Daniel: Yeah, and just work really hard, because I think like, I think all new bands are naive. Like we were totally naive, like “Oh, we’re a new band, like, we’re gonna do all these things!” And then we learned that you really have to like, keep at it, you know?
Nick: Yeah, it takes a lot of work. Play a lot of shows, tour as much as you can.
Daniel: Play the shows you want to play, you know, and play a lot that you don’t wanna play. In the beginning, like, mainly shows that you’re just getting, you know. Work, record, practice with your band, tour – you have to tour.
Cameron: Write. Write a lot.
Daniel: Yeah, I feel like writing is huge because when you write, you know, then you’re really developing the sound you want and then I feel like that’s when you come into your own and you’re more comfortable.