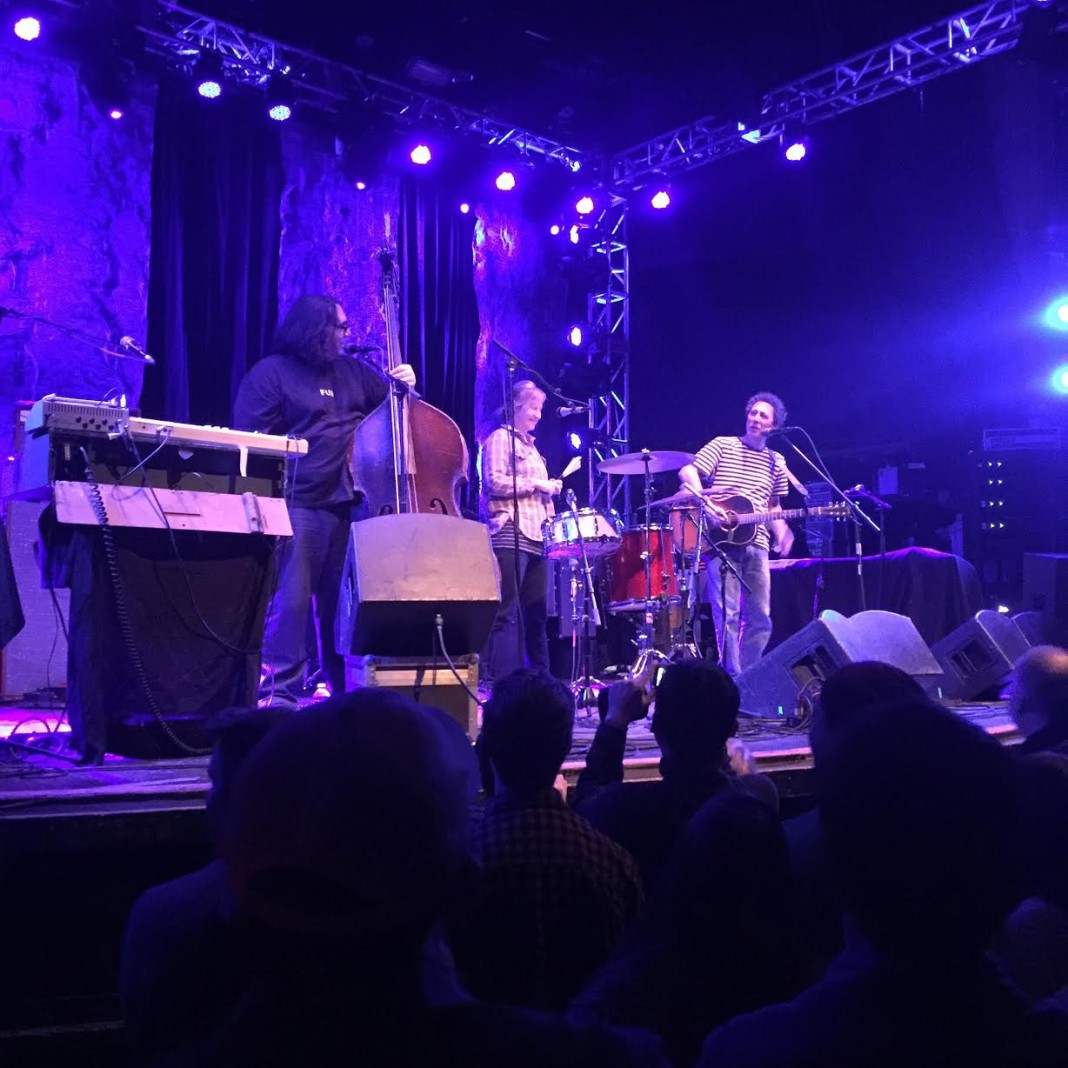 When the Granada Theater announced Yo La Tengo’s show this past fall, the bill did not feature any other artists. On the assumption the Indie Rock veterans will be preceded by a local act, the curtains went up at 8PM. To a collective surprise, Yo La Tengo took the stage to a warm applause, and then proceeded to carefully navigate through the assortment of instruments laid out on the stage. Ira Kaplan welcomed everyone and the band began the show with “Friday I’m in Love”, a cover of the Cure song, off their newest record Stuff Like That There, which is a covers album.

The band started the evening with a slow set featuring all of their mellow tunes. James McNew was on the cello, Georgia Hubley had a mini drum kit assembled to accompany her vocals, and Ira Kaplan leaned into the mic for his vocal bits while strumming an acoustic guitar. The slow set had the audience mesmerized, the band had the aura of an orchestra, after each piece the audience applauded. Though the set consisted mostly of tracks from Stuff Like That There, songs such as “Deeper Into Movies” and “Awhileaway”, the set featured sprinkles of older material. Kaplan shared anecdotes with the audience about the band’s previous, pre-fame trips to Dallas, coincidental nightclub remixes of older material, and the band’s impromptu set in a Deep Ellum parking lot. After a brief intermission, Yo La Tengo came out with a different look. Hubley took the reins of the drum set near the back of the stage and disappeared out of the audience’s peripherals, Kaplan maintained his stance, and McNew shifted four feet to his right to control the sampler while wielding a bass. The loud set had a cohesive sound to it, sounding like one long track. During the transitions, the exuberant audience applauded, though not always at the right time. The noisey set featured tracks from their whole discography, between Painful, released in 1992, to 2009’s Popular Songs. Once Kaplan began strumming the recognizable chords for “Nowhere Near”, the crowd reacted with excitement and maintained the energy throughout the song until Kaplan’s guitar switching routine. When the first few notes of “Nothing To Hide” came in, the crowd was loosening up and Kaplan’s intense guitar playing complemented the head-bobbing audience. Kaplan lent the front row his guitar, it was passed around and returned back safely for the next track.

Yo La Tengo quickly returned for an encore and covered Angry Samoans and The Seeds, McNew sang his heart out during the band’s rendition of “Right Side Of My Mind”, Kaplan took back lead vocals for the rest of the two tracks. Yo La Tengo performed a quintessential Yo La Tengo show that featured old songs, new songs, covers, slow material, loud material, and charisma. It was an evening well spent with Yo La Tengo.