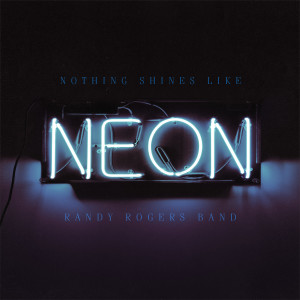 Consistently landing songs in the Top 40 for Red Dirt, a genre of country music centered in Texas and some surrounding states, the Randy Rogers Band released their seventh album, Nothing Shines like Neon to much anticipation from fans. Shooting for their 5th chart-topping album, the band’s evolution is plain to see. Their most iconic records such as “In My Arms Instead”, their first solo recorded and released in 2002, have focused heavily on fiddle solos with a deep steel ride through strong acoustic riffs and topped off with strong un-edited vocals performed by Randy Rogers himself. If you’re trying to assimilate to Texan traditions, the Randy Rogers Band gives step by step instructions through a relaxed set of relatable lyrics. From midnight trips to Whataburger and beautiful sunsets in the Hill Country, the Randy Rogers Band truly identifies with Southern culture, finding its roots in Cleburne in late 2000.

The album opens with “San Antone”, a fiddle-based song with acoustic guitar solos perfect for mixing modern two-stepping tunes and traditional bluegrass beats. Not only is the song based on the heterogeneous cultural demographics of San Antonio but it also refers to the historically renowned Alamo as a central hub for Texas pride and distinction from other states. The essence of the albums lyrics plead others to join the singer in a well-needed revitalization of country music while reaching a deeper message of relighting the “flame” of loyalty to the Lone Star State. As for the hell-raisin’ persona of the Randy Rogers Band, the song “Actin’ Crazy” featuring Jamey Johnson follows the facades of drunken nights swallowed in liquor-born memories and Willie Nelson listening sessions.

The song takes a deeper tone than that of the usual lighter melodies, with sullen chords and neutral vocals. In stark contrast, the album also includes songs full of heartache and remorse such as “Look Out Yonder” featuring Alison Krauss. If anyone knows heart break, Krauss is an expert, and her voice as well as the vocals done by Rogers allows the song to pose as a slow-paced dance focusing on steel guitar rides, emphasizing the tone of loneliness.

“Nothing Shines like Neon” truly captivates the overall audience to fall in love with Texas all over again, while maintaining a consistent melody within the band’s persona of long nights full of broken hearts and whiskey that they’ve crafted over the past decade. Estimated to rock the Red Dirt Music Charts for the fifth time in a row, the Randy Rogers Band absolutely embodies the soul and spirit of Texas while pushing each set of new songs to the limit of perfection.