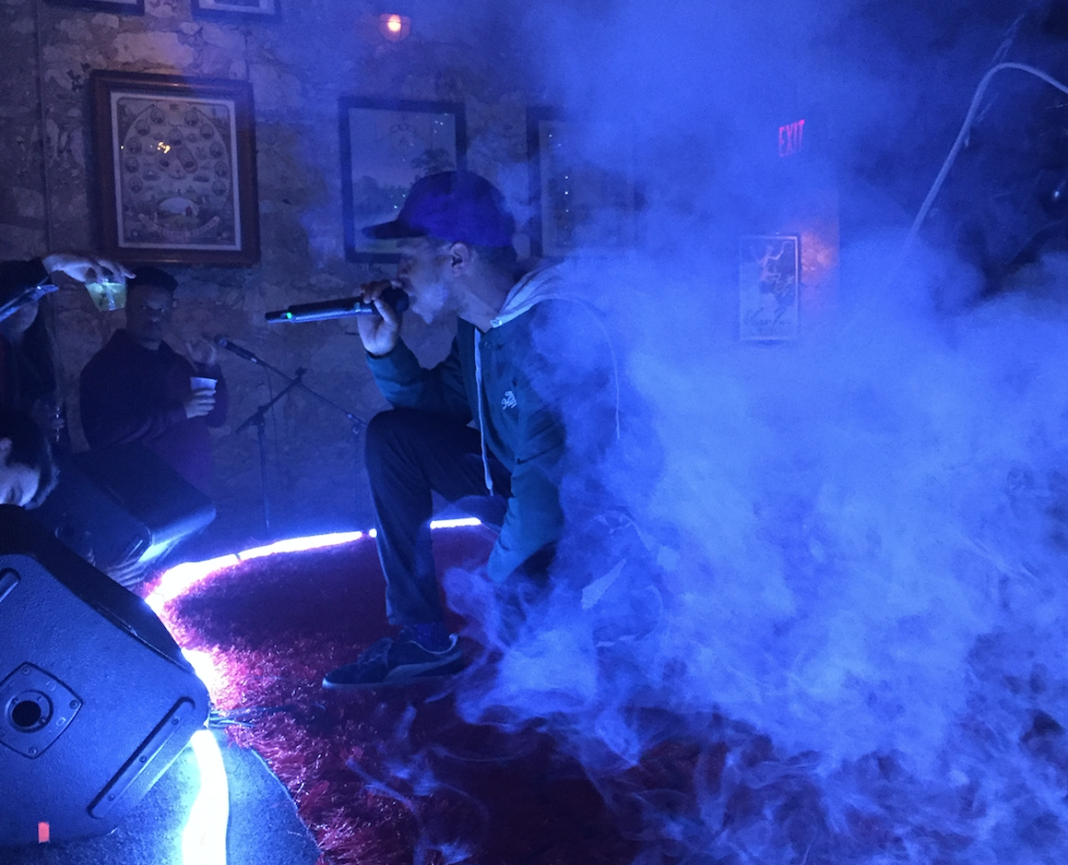 Three Links delivered a buffet of hip-hop influences in the form of J.I.D., Daye Jack, and headliner Pell, ranging from the East Coast to New Orleans. The show was a part of Pell’s tour coming off his latest album Limbo. The venue was very intimate, if not uncomfortably close. Each artist performed close enough to reach out and high-five, foreshadowing a level of involvement that could be a boon for an artist able to successfully harness his audience. The night started out as a trickle as concertgoers slowly trickled in. The opening act was J.I.D, an upcoming Atlanta rapper who embodied the fusion of Atlanta trap and rap. The energy built slowly, as people nodded along to one of his newest releases “Ed Ed n Eddy”. Fierce lyricism with heavier beats may not have been the greatest way to prepare and warm-up a crowd that early in the night, but J.I.D gave a great preview to what we could expect as the crowd continued to grow.

Next up was Daye Jack, showcasing a flow reminiscent of Kendrick Lamar and a few Chicago rappers. Even more impressive were his backing tracks and beats. From a production standpoint, his tracks shined throughout the mix and drone of the venue. Skillful vocal chops and sampling stood out in his jazzy song “Easy”. Daye himself was a master in reading the crowd, slowly building up to his soulful “Hands Up”, which had listeners bobbing along to the catchy R&B chorus. Throughout it all, Daye petitioned the initially skittish crowd to get closer and closer to the stage. By the end of his brief set, the crowd was pressed up next to the stage and thoroughly prepared for Pell. Pell set the stage with “Dollar Store”, backed up with his supporting band member. Punctuated with driving kicks and broad strings, he belted out the chorus of the song, opening the throttle right into his latest album. The growling synths of “Café du Monde” led into tracks off his previous releases like “Fresh Produce” and “Ocean View 2.0”. In between tracks, Pell would talk to the crowd and crack jokes, giving the concert an almost familial presence. He also did a great job of engaging the audience, giving the whole venue the chance to sing along to “Queso” and “Runaway”. He finally ended with the classic “Eleven:11”, rounding out the night with a brief acapella of the final chorus. If you read the interview we recently had with Pell, he was very well spoken and humble. On the stage though, he turned into a focal point for the energy of the crowd, gesticulating wildly and jumping from audience member to member, rapping directly to each one in turn. His demeanor and personal connection with the crowd was rejuvenating. Pell put on a show that catered to those who knew and supported his music, but also reached out to those who were unfamiliar. Though his latest album Limbo may suggest otherwise, Pell remains firmly rooted in doing what he does best: giving his audience a story.