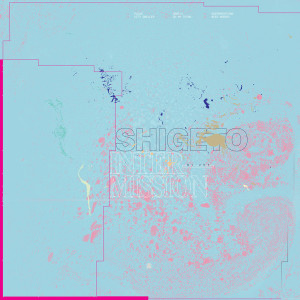 There’s a distinct view of openness and wander; sound travels far, almost infinitesimally, and a blanket of white fog occludes the horizon. Sensations and spaces such as this come to mind upon listening to Shigeto’s latest release. Intermission EP is a blissful and pondering experience that sheds light on Shigeto’s ambient vividness, but simultaneously stimulates with tactile rhythms and synthesized textures that once again feel right at home for another Ghostly International release.

What Intermission needs more of is context. Only upon reading some background is it possible to grasp the motive behind Zach Saginaw’s latest EP. In Shigeto’s absence over the past 2 years, the Detroit native has found himself as an exploratory individual in both his physical location and sound. Saginaw himself stated he found himself “still looking for that concrete new path,” in a moment of suspense, both indulging in multi-disciplinary music projects and evolving his sound and taste. Intermission is a snapshot work that humors the ideas currently flowing in the electronic artist’s mind, expressing a surreal sense art and music without much underlying meaning.

The 6-track selection provides the listener with a beautifully crafted array of feelings and tones that evokes tranquility, and yet, stern thought from the listener. Current-like chord structures bathe the songs, and the rest is fluidly built on top. Simple and progressive instruments reverb in various melodies like on “Do My Thing,” and “Pulse,” repeating over and over, just as Shigeto has been with his performances, and growing into something more mature, just as his music suggests as well. Crisp rhythms and samples of both organic and synthetic varieties are laden throughout songs such as “City Dwellers” and “Need Nobody,” accompanied with spooky colors of voices and lead melodies to emphasize the feeling of intermission between beginning and end. It might be these same tones that proceed a bit too long and gather my attention a little too much, instead of letting me wander in the soundscape he created.

Nonetheless, Intermission EP will leave listeners with a soothed state of mind and body, softly grabbing your attention with carefully assembled music that reinforces faith in Shigeto’s work. The last track ends a bit abrupt, hinting at further work to come from Saginaw, just as he suggested, for his following act.