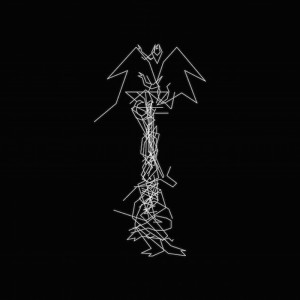 Daniel Lopatin isn’t a chameleon, he’s an auteur. He’s dabbled in everything while also being a pioneer in it, from vaporwave to plunderphonics to ambient drone, if there’s sonic land to be charted, he’s probably been there. If there’s a subgenre and a stupid name to go with it, he’s somehow had something to do with it and probably did it better than anyone else while still never compromising his own idiosyncratic sound. And, even though Lopatin is pretty prolific, getting a release from his main project/pseudonym, Oneohtrix Point Never, is an exciting pleasure, mainly because since Returnal in 2010, he’s been making the most sublime, excellently crafted, interesting, and bluntly just the best electronic music of this decade. He’s an electronic musician’s electronic musician, and Garden of Delete sees Oneohtrix Point Never in full form once again.

The first thing to do when listening to an OPN album is shunning all the possible categorizations and subgenre titles for the music. Approximately it’s somewhere around ambient IDM but even that seems reductive. From the proper album opener “Ezra” it’s apparent that Lopatin’s deft touch with pacing and melody are meant to be experienced in real time. The build up on the track gives way to a pitched up vocal sample and propels itself into driving drums. It’s tempting to say the vocals are like PC Music or the beat is like footwork, but it’s simply much more, and Lopatin does his best to obfuscate this and render it null. There’s some nice textural qualities explored on the brief interludes on the album, like “SDFK” which has rising ambient synths give way to increasingly loud drums. It’s here, in the transition to “Mutant Standard”, that we see Lopatin break away from his past and give us long, nuanced tracks like the aforementioned “Mutant Standard” and  “Child of Rage”. In fact, the whole second half is packed with some of the most sublime electronic compositions of the year.

Segments of “Child of Rage” calls back memories of 90s techno and hints of Artificial Intelligence, before collapsing into ambient drone melodies on “I Bite Through It” two tracks later. The synth tones on “Animals” are similar to video games like Fez or even some more gothic compositions in Castlevania games, but with the OPN twist of being much darker and layered. The melodic arpeggios on the first half of “Freaky Eyes” recall cathedral shapes and dark atmospheres, before another collapse into glitchy, ambient melody, and the last track “No Good” is a refreshingly straightforward but still fantastic closer. There’s no real missteps on Garden of Delete, as Lopatin is too seasoned for something so apparent, but the evolution of his sound here is subtle. Maybe on his next album Lopatin will truly shock us, but for now Garden of Delete is an excellent holdover. Fans looking for a reinvention of OPN’s patchwork of sounds won’t find it here, but what they will find is another excellent albums worth of electronic music, one that is as rich and rewarding than anything that has come before it.