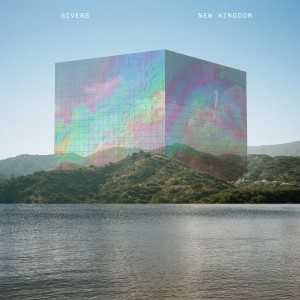 In 2011, GIVERS released their debut album In Light. The Louisiana group recently went on tour for the past year, visiting Dallas twice last spring and this fall. Throughout their recent tour, they gave a much needed taste before their new album released. The band released two singles Bermuda and Record High and Record Low, which sounded very contrasting from each other. To appease the anticipating listeners, GIVERS streamed their album on Pandora a week before the release. On Friday, November 13, everyone could officially listen ad-free to New Kingdom.

Even listening to the single Bermuda before the album released, the shift of lighting surprised many listeners. 2011’s In Light was full of sunny mornings; in contrast, New Kingdom is full of cloudy evenings. The album still feels like you’re going on an adventure out of town, though not like their previous album. In Light was more of a fun adventure road trip with friends while New Kingdom is a journey of self-discovery. You connect with deep pains and existential wonders, such as in the track “Mother of Love.” As expected from their talented sounds, the percussion in this album are very varied and uniquely used. The beats interchange from jovial to grand to brooding and even to tribal, demonstrating grandiose and diverse musicianship.

This album definitely exhibits a rougher vibe. Electric guitars gain and growl in a St. Vincent’s Strange Mercy kind of way. Such as in “Sleeper Hold,” the melodies are smooth in between crashing waves, having an all knowing, authoritative aura. Though the vocals hold you intimately, it feels like they can drop you any second, leaving you amidst the chaos. Tiffany Lamson’s voice is very capturing. She gets in touch with her tiding, raspy character, but still sings heart wrenchingly syrupy at the right times. Taylor Guarisco’s voice is still very distinct, but noticeably more mature from the past album. Instead of cheery, he sings in dusk and shade, carrying a driving energy through every phrase.

New Kingdom still shares the GIVERS staple chirpy air in some songs. In the track “Record High, Record Low,” the contagiously hyped chorus has people belting along. The track “Remember” has bass lines grooving expertly, making feet move and skip to exciting syncopations. The bright guitar rhythms illustrate a sunny evening with your squad: a great day at the beach coming to a perfect end. Resonating harmonies gather everyone in the same room, uniting into a single voice, shouting life mantras until all is golden once more.

4 years can make considerable changes: maturity, musicality, skill. Listening to the new album makes listeners feel like they are stepping into a New Kingdom. All of the songs have vitality that holds spirits up like the GIVERS always do. Every track is packed with energy from one ceiling to the next ceiling. GIVERS interweave multiple instruments proficiently and with so much creativity, it’s almost as if you’re listening to your own mind. Festive with an interesting shadowy twist, New Kingdom is an album like nothing you’ve heard before.