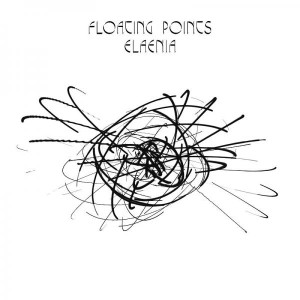 Sam Shepherd has long been in the UK electronic music scene, working with the likes of Four Tet and Fatima, and releasing a handful of singles and EP’s since 2009. He’s no newcomer or hothead, but the fact that his debut album Elaenia, under the name of Floating Points, sounds so assured, so mesmerizing, and so like something a veteran of ambient and electronic music would make, makes it all the more surprising and delightful of a listen. Inspired by strange dreams about reincarnation and migrating birds, Shepherd uses his background as a neuroscientist and academic to create melodic soundscapes that still fit an ambient mold. Though his background as a student of science and of a lover of electronic music may make first time listeners think that every note on Elaenia is measured and placed perfectly, a lot of the music is actually improvised, a combination of analog synths and live instruments like guitars and piano. This process lends a warmth that will welcome new listeners and even people who don’t normally listen to electronic music. That’s not to imply that Elaenia is a beginner’s electronic album at all, especially because the layers of music and sparseness of composition create a complex and rewarding experience, but newcomers definitely won’t be scared away by any acid house or industrial sounds.

Elaenia leans more toward ambient electronic, especially since most of the music isn’t loop-based and includes lush instrumentation, and it works in its favor, as the melodic ambient compositions breathe life into the album. There’s nothing that particularly falls apart here, but there also isn’t anything that shocks and awes. A relatively short running time of 40 some minutes lends a bit of brevity for the project, but doesn’t allow for enough time for Shepherd to incorporate other sounds into his music, other than the present jazz, IDM, and ambient music, which coalesce to make something of a chamber album. The weakest track on the album is probably the title track, and though not bad, the sparse piece fails to capture the depth and propulsion of other pieces like the darker and abrubtly ending “Peroration Six” or the bouncy techno-ness of “Thin Air”. The explosiveness of the second half of the album really elevates the tracks and helps anchor the ambient sounds of the first half. Though short, and containing some filler, Elaenia is an incredible album that will be soundtracking your emotions and nighttime walks for some time.