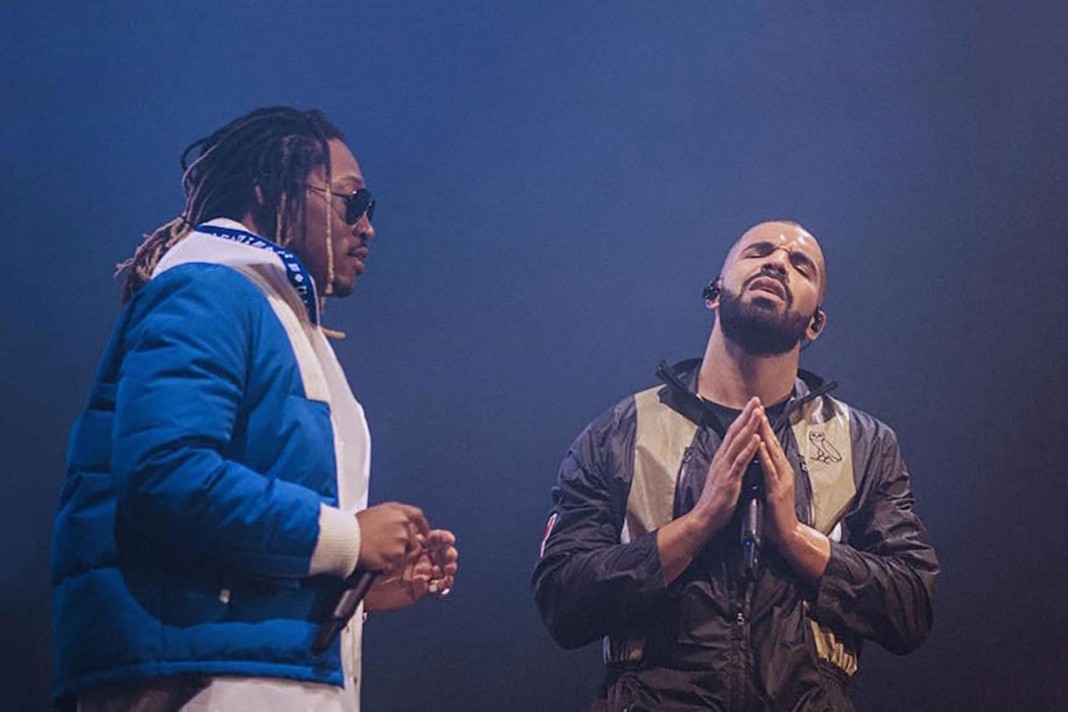 Welcome back to the Weekly Rap Up, and excuse our long absence, we plan to make up for it in spades. The past few months have been crazy for hip-hop, so we’ll do our best to catch you up.

First, let’s go through the big albums. September was packed with big album releases from many artists, not least of which was TDE patriarch Jay Rock, who released his second album 90059 to complete the “year of TDE” that was supposed to happen in 2014. Unfortunately, the only great thing to come from that supposed TDE takeover was To Pimp a Butterfly by Kendrick Lamar, along with some interesting debut projects from other members like newcomers Isaiah Rashad and SZA. With features from every TDE member and Busta Rhymes for some reason, 90059 is a good look towards the more cohesive and thoughtful sound and structure that his labelmates have sought after, and if you like Jay Rock, you’ll like this as well. As for winning over new fans, he’ll have to do more work. For now, listen to Vice City off the album.

Skate-weed rapper Mac Miller also dropped a new album, and one that shocked critics with its quality at that. Miller did away with the “smoke weed, skate, be white” sound he’s cultivated over so many years, and created an album with neo-soul and jazz influences. In my opinion, it’s swapping one shallow sound for another one, albeit more pseudo-intellectual, but if that’s your thing, check out the wildly improved sound on “Break The Law”.

Rick Ross may have fallen off of many peoples radars in the past year or two, but the once enormous Miami boss has been drastically slimming down, as well as dropping some of his best work ever. I know, it’s hard to believe, but Ross has truly been in top form lately, and the release of his Black Dollar mixtape cements his great month, featuring some of the most scorching bars of his career. Despite popular belief, Ross is a good rapper and lyricist, and at the very least an effective one, but when he raps “Funny thing is the animosity money brings. Real niggas out of style we may be one in three. Back against the wall, outnumbered by fuckboys. One bullet, one target, one choice” you really feel it in your bones. Listen to Foreclosures below and look out for Ross’ next proper album, Black Market, sometime later this year.

GOOD Music protege Travis Scott dropped his debut album Rodeo last month, and among mixed reviews and reception from social media, the album is actually quite good. Songs like “Oh My Dis Side (feat. Quavo)”, “90210”, and “Maria I’m Drunk (feat. Justin Bieber & Young Thug)” show Scott elevating the trap sound he enveloped himself in on Days Before Rodeo, as well as moving away from it. Say what you want about the album, and people definitely will, but there’s some excellent songs on here. Listen to album cut “Oh My Dis Side (feat. Quavo)” below and make up your own mind. Scott also dropped the video for hit single Antidote, and you can check that out here.

Fetty Wap also released his self-titled debut album, and it’s actually pretty good. After getting into a huge motorcycle crash soon after the release of the album, people were worried for Fetty’s well being, but thankfully he turned out ok, and we can enjoy “Time (feat. Monty)” without any grief.

Finally for the month, Drake and Future dropped a surprise collaborative mixtape entitled What a Time to Be Alive or “WATTBA” for short. You already know everything about it and it’s been taking over social media and radio stations since its release. Drake and Future were 90% of the focus of our last Weekly Rap Up, and they’ll probably take over 90% of the world’s airwaves through the next year. Listen to “Jumpman” below, and listen to the full project on Apple Music or Spotify.

In October, new-comer Bryson Tiller released his TRAPSOUL mixtape to plenty of fanfare, The Game dropped an enormous double album as a sequel to his 2005 debut The Documentary, and it featured basically everyone famous in the rap game. Check out review of the second half here. Raury also dropped his long awaited debut, All We Need, a follow up to his meteoric rise in light of his Indigo Child EP, and you can also check out our review for that here. DJ Khaled is on the rise as both an artist and a meme, and his newest album I Changed A Lot, pronounced as “I CHANGED……. A LOT” in your most DJ Khaled voice. Check out his hilarious interview with Hot 97 here. Finally, a new J Dilla compilation is releasing this month featuring 41 never before heard instrumentals, and you can listen to the whole project here. As usual, you can listen to samples of all the albums mentioned here below.

That about does it for this falls albums, but there was even bigger news this month that happened to involve our main man Kanye West. Out of knowhere, Travis Scott sent out a link to Kanye’s secret soundcloud page. Unfortunately, no tastes of SWISH/So Help Me God were to be seen, but what we did get is a light remix of “Say You Will” from his 2008 album 808s & Heartbreaks, with some added choral arrangements from Pullitzer Prize winner Caroline Shaw. We also got and a demo of The Weeknd’s “Tell Your Friends” from his latest album Beauty Behind the Madness. We can assume it’s a rough cut before Kanye gave the instrumental to The Weeknd and helped him arrange the song, because Kanye does his usual half-written autotune bars to get a feel for the melody. Still, it’s new Kanye. This man’s demo’s are better than some artists whole discographies. Hit the link and stay tuned to his Soundcloud for possible updates in the future.

Ty Dolla $ign recently released his Airplane Mode mixtape and is gearing up the release of his debut album Free TC featuring a star studded cast including Kanye West, Kendrick Lamar, Wiz Khalifa, Fetty Wap, Diddy, R Kelly, and so many more. Like the Documentary 2 and 2.5, it’s really just too many people to list. Regardless of the number of features, it’s starting to look like it’ll be another hit project for Mr. Dolla $ign, especially since the release of the first single off the album, “Blasé (feat. Future & Rae Sremmurd)” is a massive hit on Soundcloud. Check it out below, and make sure you’re in a club with a lot of illegal pills for the full effect. Just kidding kids, don’t ever do that.

Phew, that was an incredible amount of information to take in. Well we’ve got a bit more so let’s rap this up real quick. A video for Drake’s hit single “Hotline Bling” was released on Apple Music and you can check it out here. D.R.A.M. has finally broken his silence on how Hotline Bling is essentially an uncredited remix of his hit song “Cha Cha”, and he’s not exactly happy about it. I mean…. he’s GOOD. But he’s not too thrilled. Macklemore has finally broken his extended silence, revealed he had been struggling with some relapse problems, and released his latest single and his first since the meteoric rise of The Heist in 2012, and it’s actually kinda catchy. It features a lot of hip-hop legends too in the video so that’s a nice touch…. and that about wraps it up.

Pretty much all the biggest names in hip hop, their music, and a little news to boot. We’ll be back soon with a bit less news, but more concise stuff for the week. And don’t worry, it won’t take 2 months this time. Till next time, take care hip-hop heads.