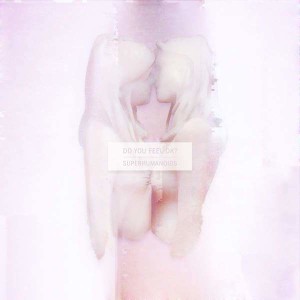 Superhumanoids has been teasing fans all year with small two track EPs, two year studio #TBTs, and summer single releases. From Urgency EP to Parasite Paradise EP to Exhibitionist LP, the Los Angeles band changed their sounds over the years. From a remake of one of their 5 year old tracks to a heavy crashing rock sound to a 80s vogue-esque twist, it was difficult to tell what their new album would be like. When Do You Feel OK finally released, and it’s more than surprising. Superhumanoids have completely outdone themselves on this new album.

Do You Feel Ok has songs that make you feel like you are watching a stranger’s story. In “I Want to Believe,” the song opens as a 80s dark night drive, reminiscent of Hotline Miami bass lines. You see a cool persona in the present. They face the future, but remember a naïve past. The song sends the message that they’re the still the same person that they were back then. Even after all this time, they are “still alone.” Lead singer Sarah Chernoff’s voice and the sudden synth outbursts try to free from a cage. She sings “déjà vu” as it echoes and slips into an older spell.

Superhumanoids does an impeccable job tying in song titles with the atmosphere of the song. What is truly impressive is how each song brings a different sentiment. In “Dada,” you can hear laser beams shooting out while the beats crash. It feels like the world is ending. There is a driving bass reminding that you have to keep going. The verses have everybody against you, but choruses have you connecting, even possibly controlling, the chaos.

In Do You Feel Ok, anticipation coats every beat: “weight of the suspicion.” You feel a sense of waiting amplified by ticking sounds. You are there, watching the long process of your lover packing and leaving. With a buzzing guitar standing its ground, you can’t do anything. The album’s lyrics meld in expertly with the air of all the instruments. In “Dull Boy,” Sarah’s voice is soothing.

The songs on the album are all so cleverly made; the unique electronic sounds that are embedded and changed into each part makes you want to collect them all. Such as in “Oh Me I,” the organs introduce a calm vibe, but suddenly the beat hits and vocals start rocking you forward. With the words “everything implies we’re all going to die,” a warbly little pause breaks into signature Superhumanoids guitar chords, popping at every other beat. In Touch Me, the moving bass bumbles alongside a simple melody while gritty syncopated background synths dance around, building to the chorus. Everything hits you and falls apart in the best way possible.

Superhumanoid’s Do You Feel Ok blends the perfect mix of electronic beats and raw emotions. The sound not only gives an electronic touch to the human, but also a human touch to the electronic. It is surprising to hear Urgency, which was released in 2010, and predict that the same band would be producing this strikingly different and remarkable sound. Superhumanoids’ upsurge is on an upswing, even having their music video for “Anxious in Venice” premiered in Sundance Next Fest 2015. I cannot wait to see what’s in store for the band. Their sound definitely steered towards different directions over the years, but this is definitely their best work. Do You Feel Ok is by far one of the best albums released in 2015.