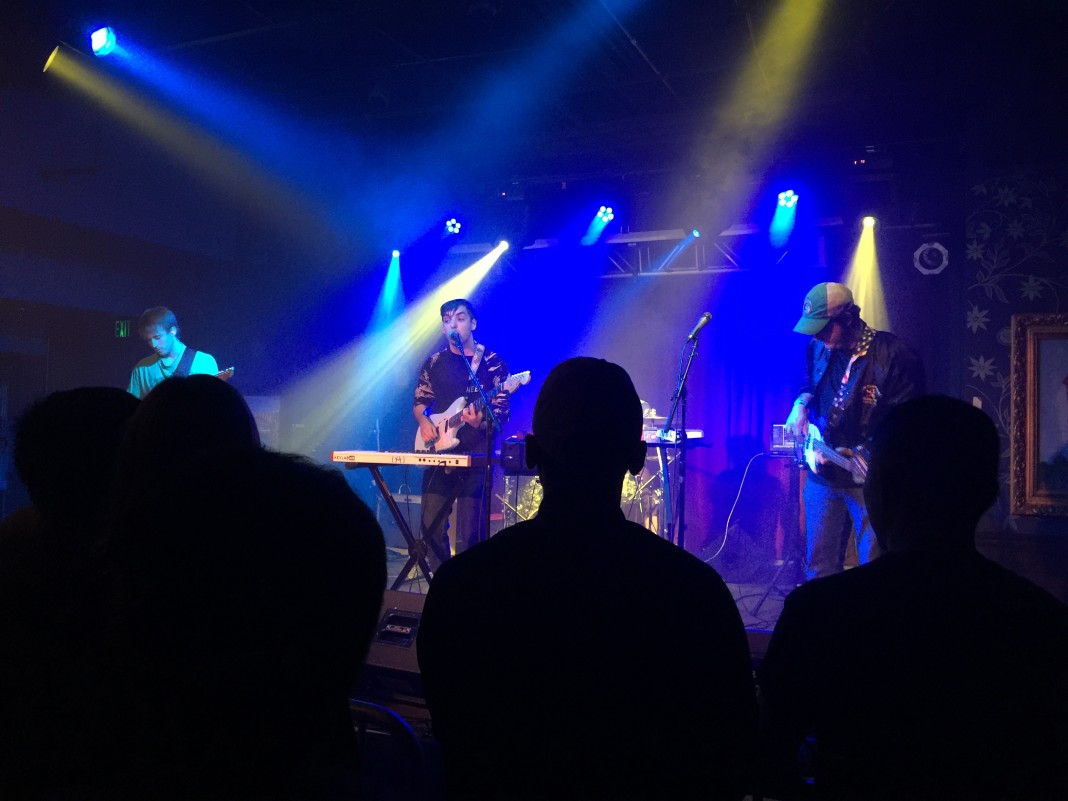 Last night at the Cambridge Room inside House of Blues, I was fortunate to catch the newly rebranded Skylar Spence who was formerly making music under the name Saint Pepsi. After ending Saint Pepsi’s reign at the end of the vaporwave era, Ryan DeRobertis and his band members changed their name and tweaked their sound. They followed the newly rebranded Mark Redito, formerly known as Spazzkid, to Dallas and The House of Blues for a wild nighit. The bands might have changed their names, but their passion for music remains the same.

Redito took the stage to a forming crowd. The usual tight space of the Cambridge Room was not even remotely full for either of the sets. But the performers made the best of what they had and the audience valued their time and efforts. Redito’s animated stage persona and what seemed to be choreographed dance moves to his one hour set was just the right dose of energy needed for the small crowd. He played a variety tunes, some were incredibly danceable and some were head bobbing-worthy. Throughout his set, the audience was loose and vibing heavy to his tracks.

DeRobertis and company on their first visit to Dallas as Skylar Spence were able to emulate their new record very well. The lightshow paired well with the nu-disco ambiance. Skylar Spence was able to cover all the hits from Prom King. DeRobertis’ anecdotes in between tracks gave the crowd insights on what the songs were about and what inspired them. The songs ‘Fall Harder’ and ‘I Can’t Be Your Superman’ were sung by the crowd as well. One of DeRobertis’ interludes alluded to his previous project Saint Pepsi and then proceeded to play ‘Mr Wonderful’ as they warped us back to vaporwave. Skylar Spence stuck around after the set and greeted their fans. It was like prom night, the prom king strutted around the multi-purpose ballroom wearing his crown. The intimate showcase tested the artist’s dedication to his fans, Skylar Spence did not disappoint.

The stormy night was complemented by some dope jams and disco vibes that took the audience’s mind off the rainy walk back to their cars. DeRobertis’ and Redito’s efforts to keep the crowd hooked worked well as they were under the spell of the music being played.