Home Reviews Event Reviews In the Valley Below @ Club Dada, 10/2 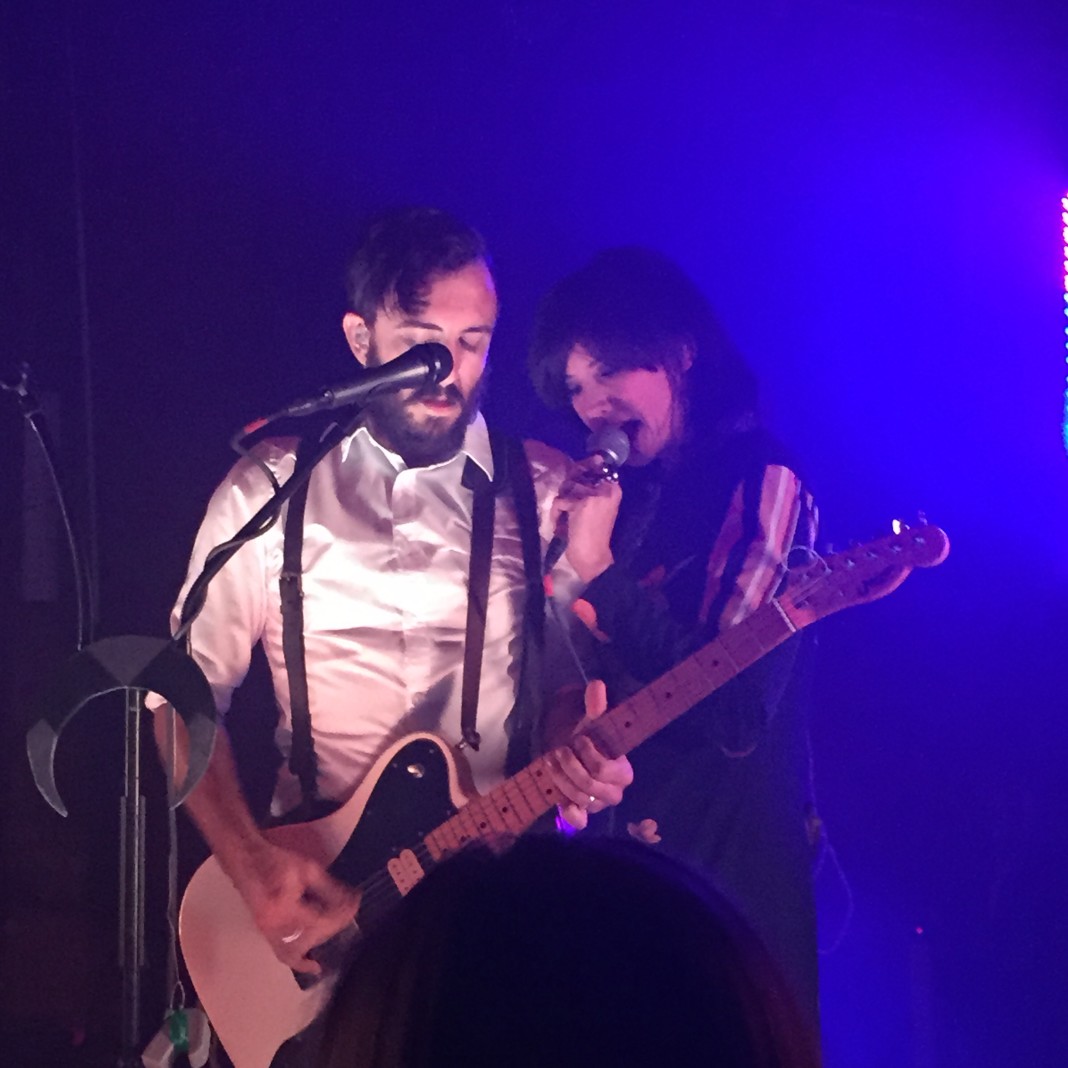 Like how any good fire needs good kindling to provide sustained energy, a good show needs just the right opener to get the night started off. Local artist, Sudie, brought her DIY sound to Club Dada, layering loops and synth work to be the background for smooth jazzy vocals. Effectively enticing the audience and capturing their attention as she inhabited the stage by herself. A mountainous feat, as she was surrounded by the other bands’ equipment and she herself was behind a table full of synths and a

Following Sudie was The Moth & The Flame, who provided the energy to set that initial spark to the fire of a good night. The LA based alternative band got the crowd moving as they jammed out on stage and provided that high-energy indie style of music that must everyone can enjoy. One the most enjoyable things about their performance was a giant upside-down “&” symbol that lit up and changed colors along with the guitarist; who doesn’t like to look at twinkling lights?

But to really get the spark into a roaring flame, one needs the breath of life to feed the embers and allow them to grow, and In The Valley Below was just that. They really solidified my having a great night. The band was visually capturing, I was sucked into the world of ITVB. Pillars of light encircled the duo creating an intimate setting where it was just them, and I, the outsider, looking into this sort of sanctuary. Angela Gail and Jeffrey Jacob share a tremendous onstage chemistry that curiously captivates the audience. Angela will at times grab on to Jeffrey, wrap her arms around his, wipe off his sweat all while Jeffrey keeps his gaze ahead and strum at his guitar, never really acknowledging her demonstrations of love and devotion. Are they married? Are they exes? Are they lovers? I was left meditating on their relationship, but I think its best the audience never really knows, it’s the curiosity that really grabs a hold on us. To add on to this distinct world of IVTB, each of them has a distinct personal style that I enjoy. Jeffrey, bearded and wearing suspenders, looks something like a pioneer who just hopped off a stagecoach bound for the untamed west. Angela, whose facial features were magnified by makeup reminiscent to Siouxsie Sioux, was cloaked in a floor-length dress which made her stage movements seem as if she was drifting around her partner rather than walking. The duo played their entire The Belt LP, and after performing their catchy hit “Peaches” the band played a new song to close the stage. A sort of cliffhanger to let you know they’re not finished showing you their story.