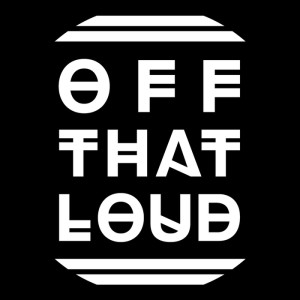 2015 has been a particularly good year for a genre as niche as footwork, seeing great releases from JLin and RP Boo, and for such a loud and frantic genre it’s a bit strange to see footwork and juke creeping more and more into mainstream music. Hyperdub, Planet Mu, and TEKLIFE Records can be given a lot of credit for spreading this once small Chicago dance scene, but so can the unfortunate and untimely death of one of the genre’s pioneers and probably it’s most famous marquee act, DJ Rashad. Rashad left an indelible mark on the genre he helped create, and his 2013 album Double Cup is both an outstanding project and a seminal album in electronic music, hip-hop, and their intersection. Overwrought as it may be, you can’t mention footwork or its associated artists without mentioning the late, great DJ Rashad. Now with the spread of footwork into music’s popular genres like EDM and hip-hop, longtime collaborator and one of Rashad’s best friends, DJ Spinn, has released his first project since Rashad’s passing, and the Off That Loud EP makes the case that footwork is, thankfully, here to stay. Consisting of 4 songs, the EP is a quick sampling plate of how diverse and complex the genre can be, mixing spastic beats with soulful samples and hard drums.

The first two songs on the album lean more toward stadium shaking electronic music, and while “Throw It Back” (featuring another lifelong TEKLIFEr, DJ Taso) is both an ode to ghetto dance classics and larger than life EDM, is an excellent track on its own, “The Future is Now” doesn’t fare as well. The song seems to take the most grating synths from West Coast G-Funk and some more farty synths and place them over an otherwise serviceable footwork beat. That’s not to say these elements are bad, as showcased on a song like “Drums Please” from the classic DJ Rashad EP Rollin’, where the high-pitched synths find a balance in the song and are used as a distorting element rather than one that is central to the music, skirting the thin line between pain and pleasure, but here they’re not utilized as well as they could be.

It’s the other half of the album that show off DJ Spinn’s incredible talent and compositional skills. The title track, “Off that Loud”, is more akin to some of the best material off Double Cup, deep cuts that sample repetitive vocals from soul or hip-hop songs and sandwich them between beautiful synths and footwork drums. It’s just some great, fundamental footwork, and it never really gets old. The final track on the EP, “Dubby”, features rapper Danny Brown and the late DJ Rashad, and it’s easily the most forward looking track here. Danny Brown’s voice is used as a sample, rather than some tacked on rap verse, and it works brilliantly. The incredible jazz loop that’s used in the song is blissful, then the instrumental begins interchanging all over the place from heavy dub sounds to straight up drums, doing so with a finesse and excellence that only TEKLIFE members could handle.

The Off that Loud EP is only a sampler of the future possibilities of TEKLIFE and footwork, and while it never drags, a bit more polish could have transformed this exciting EP into a fantastic work in and of itself. That being said, DJ Spinn is carrying the genre’s torch now, and doing a fine job of it, and what the future holds for the label and the sound is very exciting after this tantalizing EP.