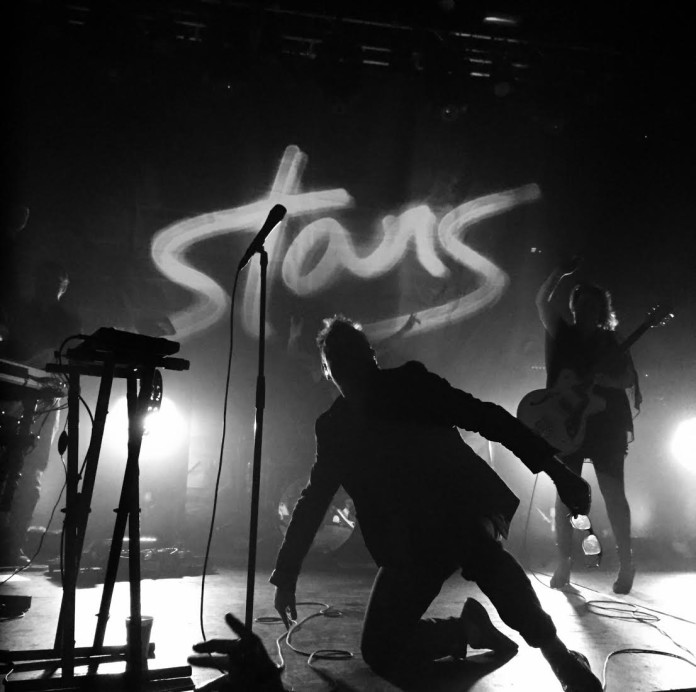 The Granada Theater was the place to dance the night away last Friday as Canadian soft rockers Stars made their return to Dallas, this time joined by Houston’s Wild Moccasins.

The quirky and bubbly Wild Moccasins know what it means to be a good opening act. Not only were vocals spot on throughout the set, but each band member also displayed a strong sense of performance. Their individual movements, which added up to a lively whole, were entertaining and were successful in building up the overall flow and lightheartedness that was necessary to truly enjoy the headliners. This, of course, should be the main objective for any opener, and the Wild Moccasins nailed it.

As for Stars, their set was a standard of professionalism and maturity. With a band that is currently on tour supporting their seventh studio album, nothing less is to be expected, and in their case things do get better with age. From the opening track “From The Night”, the band’s charisma and chemistry was made evident and it was these two factors that defined the show. Stars’ performance was theatric in nature. An ever-changing array of lights was always present and complimented the mood of each song that the band performed. Co-singer Torquil Campbell sang and moved in a way that could be described as grandiose. He would often drop the microphone and chant the lyrics to the crowd as he smiled when he heard the crowd chanting back, which goes to show how powerful the band’s performance was.

At the same time, some slower studio recordings were blown up into massive live renditions, as was the case with “Trap Door” and “Take Me To The Riot”, while some slower, more calm songs, such as “Turn It Up” and a turned-down version of “Elevator Love Letter”, were poignant and just as good. Expertly woven melodies and harmonies showcased Campbell’s and fellow co-singer Amy Millan’s unique voices. The two also shared the stage well, respecting each other’s turns and adding showmanship when they sang together. Aside from all of this, the band was also technically good, delivering at a pleasant level throughout the night. The atmosphere that Stars were able to create with their performance as a whole was beautiful. It seemed as if the band was playing with such ease, enjoying themselves and allowing the moment take over, which in turn made it easy to slip into some dancing shoes and dance the night away with them.