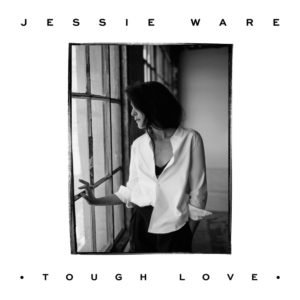 There has been ample discussion revolving around Jessie Ware’s sophomore album. The consensus with fans, critics and the artist herself is this: love is tough (hence the title Tough Love). Love, in fact, is so tough that Ware needed to extrapolate her previous work and create this new selection of pop-laden tunes which diverge a bit from her normal, experimentally-oriented production, and form an oozy selection of songs straight from the heart. It’s 43 minutes of potentially tear jerking vibes.

I will agree that Jessie Ware has made her impression more lasting. Ware is not a featured artist exclusively, although has played the role fabulously with artists such as SBTRKT, Disclosure and recently Miguel. Her vocal quality is hard to top as a rising face and presence amongst pop and alternative singers alike, but did this album match up to her spectacular debut album? Devotion Her second work Tough Love is a well executed creation, featuring her silk-tone voice, an ever increasing skill set as an artist and a more congruent album as a whole, but would not go as far as to say it surpasses the initial work.

Ware’s production has a noticeable shift on many tracks, and that affects the songs she writes in terms of style. What molded Jessie Ware was her keen eye for neo-soul and ballad songs that sustained a weight of emotion, not specific to the idea of love but many other pertinent topics as well. I will argue Tough Love only consists of the love aspect and is limited by this. “Say You Love Me” sounds like the song from a romantic drama soundtrack where the two characters realize they love each other but, for inner-conflicting reasons, cannot. “Pieces” has a similar affect.

Fortunately, those are the least favorable of the album and the rest redeem Ware with intriguing synths harmonizing with her vocals, echo-y verses that wrap Ware up in a cosmic sheet of space gas and manifested love particles. This is appreciated on choruses of “Share It All,” “The Way We Are,” “Sweetest Song” and a couple of others. Personally, these are the tracks I enjoy the most because they are reminiscent of Devotion the most and really capture my attention. I think, “That’s my home girl Jessie belting on the track. Thank god.” Maybe others would disagree.

Tough Love also brings interesting additions to Ware’s repertoire, such as “Kind of… Sometimes… Maybe” which brings a climactic dynamic, both in the micro and macro of the album. “All On You” takes an approach on neo-soul/R&B, and succeeds I might add. And the rest are just simply Jessie Ware gold. But, of course, the title track “Tough Love” is the defining hallmark at this point in her career, forcing Jessie into an intense falsetto that rolls as fluidly and flawlessly as the tears down my face while listening. Thank you Jessie.

For an attempt at a sophomore album, Jessie Ware succeeded. With the exception of a couple pop-duds that somehow worked their way into the singles spotlight of Jessie Ware’s choosing, the album showcases another brilliant collection of future slow jams. Something to look forward to is the Jessie Ware: Remixed, album to be released momentarily and further boast her reputation among sub-pop artists and producers, along with her already outstanding status with the singer/songwriter community.