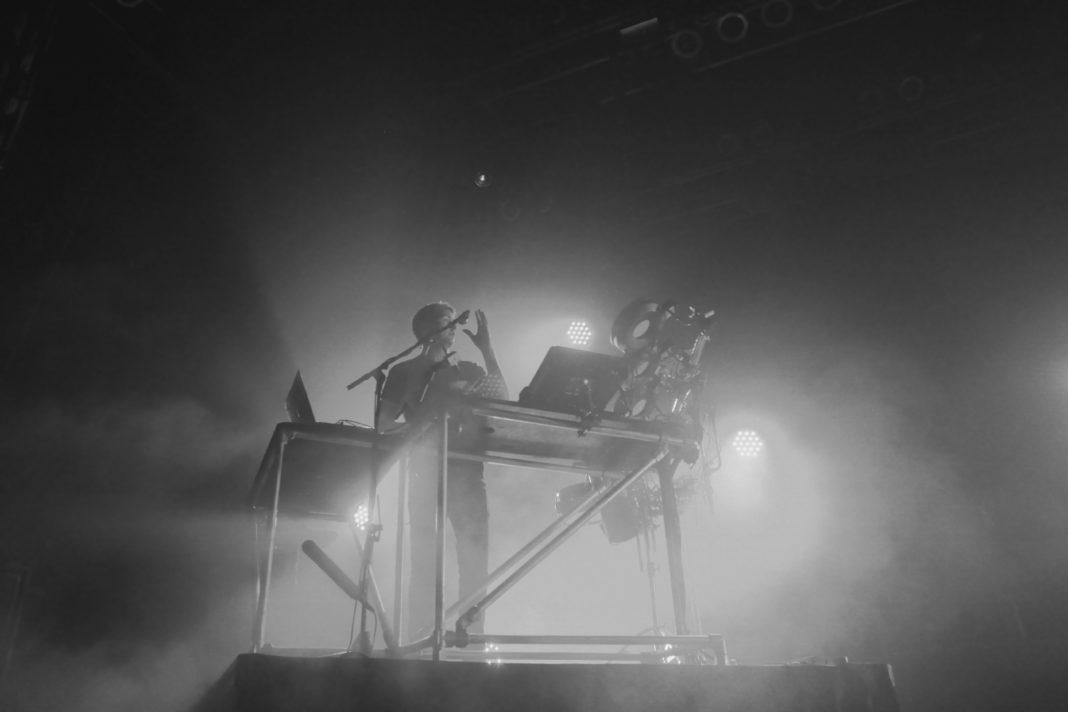 Dallas was oozing with shows on February 1st, from Delorean to Until the Ribbon Breaks, but none could match the magnitude of the UK electronic act, Disclosure. Waiting for Disclosure created an anxious feeling but when the music started it was instant euphoria.

Samo Sound Boy started things off with a thick house set, allowing people to limber up and bob heads. Next was Vic Mensa, an electronic based hip-hop group that really got the crowd going with bouncy rhythms, huge drops and even a couple stage dives. All this, of course, was in preparation for Howard and Guy Lawrence, aka Disclosure, to let loose.

Featuring mainly tracks from their album, the two lads thumped through the set but it was never enough; the sound resonated throughout the venue in combination with dreamy flood lights, screens of smoke and other mystic LED visuals that created the most electric atmosphere. The inclusion of non-album tracks such as “What’s In Your Head” and “Apollo,” were a lovely surprise, showcasing old and new Disclosure styles but all the raw energy maintained. The last couple tracks, “Help Me Lose My Mind” and “Latch,” made the crowd emotional as we all tried to absorb the last remaining verses of Disclosure’s first performance in Dallas.

Disclosure ensured us a good time at the House of Blues but what topped that was their more intimate, and sweaty, DJ set at It’ll DO Club in Deep Ellum. The line outside, mind you in freezing temperatures, foreshadowed how crowded it was inside, but the dancing was heavy in the club and the tracks sounded even better within the smaller venue. Howard and Guy spun classics such as “Boiling” and “When A Fire Starts to Burn” but couldn’t help but blast the best remixes, such as T.E.E.D.’s deep house rendition of “F for You” and Wookie’s dance remix of “Voices.” The dance floor lit up and syncopated with the steps and beats of Dallas’ late night crowd as the show progressed to after hours, and at the 2:25am mark the mob demanded a last song encore. Disclosure made their exit with a bumping Nile Rogers remix and suddenly the Disclosure-Dallas takeover was all over.