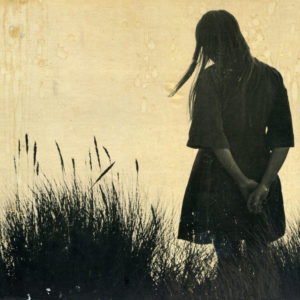 Immediately after pushing ‘play’ on Viking Moses’s sophomore album, The Parts that Showed, a few connections were drawn. Several people had drawn a line between Viking Moses’s sound and Devendra Banhart; Viking Moses mirrors Banhart’s innate ability to pluck at the heartstrings as he strums his melodies, but Moses lacks the refined, kooky charm of both Banhart’s guitar and vocal work. Vocally, Viking Moses seems to follow in the soulful footsteps of Tom Waits, but once again, while frontman Brendon Masseis voice are reminiscent of the legendary Tom Waits, it is by no means iconic or even entirely memorable. The last line drawn, however, has nothing to do with the album’s musicality: it is steeped entirely in the album’s feel.

The ambience that Viking Moses sets is its strongest point. The Parts that Showed is meant to be sung softly from the porch of a far-off country house. It speaks to a particular flavor of nostalgia: resigned to somberness. In a way, it feels like each track is not a memory but a eulogy; it’s as if the band itself lives its life in a minor key.

Here is where The Parts that Showed shows its flaws. While the entire album is generally pleasant to listen to, it lacks identity. There is little musical ingenuity to any individual tracks; aside from the eighth, “Little Bows”, which has a sad hook (charming in its simplicity, like a smiling boy as yet lacking some of his baby teeth) and a chorus which brings light to the album’s loveliest lyrics, each song is little more than pleasant and is hardly memorable. Barring the notable exception of an interesting cover of Dolly Parton’s “I Will Always Love You” (which shows the band’s surprisingly subtle country roots), each and every song is sadly indistinct.

The Parts that Showed isn’t to be discarded or skipped by any stretch of the imagination. Viking Moses does a splendid job of emoting, of making you feel something, and that is never to be ignored. Still, when it comes down to it, the album breaks down to a mood and very little more.
– Joe Tucker