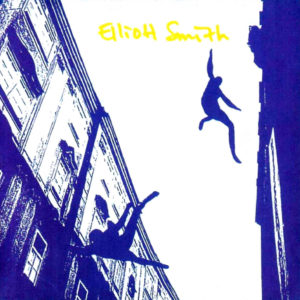 The first time I heard Elliott Smith, Ritchie Tenenbaum was killing himself on my TV screen to the opening track of his self-titled sophomore album. I didn’t realize it at the time, but Ritchie’s almost-suicide was the ultimate introduction into Elliott Smith’s fractured world. Like all of my favorite musicians, I found Smith’s music post-mortem. This, I think, is the best way to approach him: not as a living, breathing being, but as a legend. Elliott Smith was known for his all-or-nothing live shows. Sometimes, he played like a listless fool; other times, he electrified his crowds with melodies and harmonies that sent shivers through their bones.

“Needle in the Hay”, the opening track, hits you with a simple, haunting guitar melody that shapes the entire tone of the album. Chord by chord, Elliott slowly convinces you that life is little but sorrow and beauty. Over his strumming, Smith tentatively layers his inimitable vocal work. It was Huey Steve that pegged Elliott Smith’s voice as having “whispery, spiderweb-thin delivery,” and there’s no better way to describe it. His voice is so delicate that it is almost absent, but it is delivered with a glinting beauty with every sung phrase. In addition, Smith incorporates multiple vocal tracks, turning himself into his own echo, with which he harmonizes wonderfully.

Each track is sadder and lovelier in the next, which draws you into Elliott Smith’s world, making you dependent upon him. Dependency is the undercurrent that fueled Smith, and it is that undertow that pulls you in again and again: the failed escape from what eats you alive, what you want to eat you alive. There is no escaping from Elliott’s world: once he has you, he has you forever. Really, though; would you have it any other way? 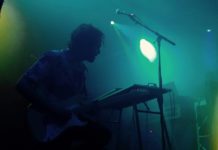