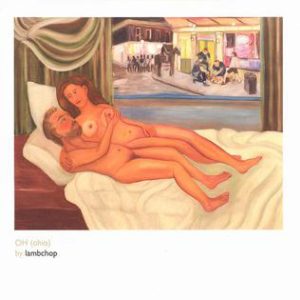 Soft guitar ballads, soothing melodies with piano backup, and a touch of classic Nashville charm make up well-established collective Lambchop’s newest album OH (Ohio). The calm, quiet, and yet somehow uplifting songs instill a mood of serene contentment in the listener, the kind derived from laying in the grass on a warm autumn day and doing nothing but staring at the clouds for hours on end. On the whole, it’s nice music to have in the background, but a few faults keep it from being a truly good active listening album.

The best tunes on the album consist of those such as “National Talk Like a Pirate Day” and “Sharing a Gibson with Martin Luther King Jr.,” which are derived from upbeat yet mellow rolling guitar finger-picking riffs with a bright piano chords as the backup. Although the individual parts themselves aren’t mind-blowingly spectacular, the instruments work together to create an extremely lighthearted, pleasing feeling. “Of Raymond” and “Slipped, Dissolved, and Loosed” also share these qualities, although to a lesser degree than the other upbeat tracks on the album. The instrumentation almost makes the listener feel like these tracks are made of 100% pure concentrated joy, but they fall flat on one account: the vocals.

Singer Kurt Wagner has an incredible full, low, mellow old-timey Nashville sound that complements the overall mood of the album very well. However, his voice sounds almost exactly the same for every song on the album, whether it’s a fun song like “National Talk Like a Pirate Day” or a slow love song like “A Hold of You.” Since his vocals are the forefront of each song, one can’t help but feel like the entirety of OH (Ohio) is one extremely long song with a varying background and lyrics so soft they’re hard to understand in some places. It doesn’t help that Lambchop’s softer love songs and ballads all sound fairly similar and have a tendency to blend in with one another.

Although it has the beginnings of a great album, OH (Ohio) falls just short and ends up being a somewhat flat, monotone collection that ultimately feels like it’s missing something to tie it all together. If you’re a fan of Lambchop, go ahead and pick up this album, you’ll probably enjoy it at least for the Talk Like a Pirate Day song (September 19th!). Otherwise, you should definitely listen to several track samples before going out and buying the album.