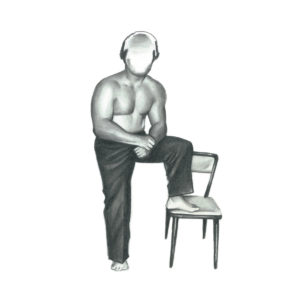 I have to begin with telling you that I have not been so pleasantly surprised by a new album in a good while. I honestly had no idea that this album was about to be released. Shows what a good fan I am.

All the same, this album rocks. Deerhoof is doomed to obscurity by its very nature, but as far as Deerhoof albums go, this is easily the best I’ve heard; for the listener, and especially the radio listener, this album brings Deerhoof to a level they’ve never reached before. Their style has been melted down, forged, and worked into a beautifully cast landscape that is really only described by their sound. Meaning, it’s totally their own, original, and irreplaceable. Their driving force, drummer Greg Saunier’s percussion, is lively, upbeat, and beautifully intricate. The guitar riffs and keyboard melodies are intelligent, spontaneous, and utterly unorthodox. I can’t be totally sure whether or not Satomi’s voice is more magical or jubilant. Whatever the case, the musical relationships between each member create depth and color like few bands today.

This album breaks up into two distinct parts that hinge on the title track “Offend Maggie.” This song is a echo of a Scotch-Irish guitar jig. The only catch is there are powerful waves of sound that rush over the main riff emboldening the innocent feelings you get while listening. This gives the song astounding power, but don’t be fooled into thinking power is at all rough or abrasive. This song gently carries the listener through waves of warmth and joy just off the Deerhoof-Irish shoreline (which is somewhere near Japan I think). This is one not to miss because it very much expands the palette of sounds in Deerhoof’s repertoire.

The preceding songs (and including “Offend Maggie”) are great step for Deerhoof in terms of marketability. They hold true to the essence of Deerhoof but are less compulsive than much of their previous works making them great for the radio. I know they’ll get plenty of airtime because these songs are so upbeat and hard hitting.

“Tears of Music and Love” has the big rock feel, and the lyrics will make you bounce while your arms mimic the sound descending in rolling waves. The thing I like most about this song is the care to be completely themselves inside of a rock sound. The solo and outro couldn’t be better. It is simple and eloquently expressed. Before finishing up, the guitar mimics the beginning and adds the xylophone making for playful accompaniment. The xylophone leaves and the guitar rocks once more but drops down to a exquisitely controlled duet between a bare guitar and drums; Satomi joins in with her bass riff for one more line, and they all fade out together.

“Chandelier Searchlight,” besides having a great name, shows the listener exactly how well Deerhoof blends mellow and upbeat. You’ll just have to listen to this one to find out how.

“Buck and Judy” is the hard hitter. It is deceivingly melodic at the beginning,and just after the piano comes in they hit you with it. Heavy throbbing distortion and a short noise solo keep you informed of what they’re on about.

“Snoopy Wave” brings in the funk. Saunier really gets jazzy, and the guitar is just outstanding. Intricate, funky, and fun is all. Is there more you want?

The second half of the album, after “Offend Maggie,” goes back to what the avid Deerhoof fan really wants: MORE Deerhoof. And that’s just what you’ll have to become to listen to it. No one can tell you.

This album is going to be really great for Deerhoof. It brings in new fans and really pleases the old ones. I can’t wait for their show to hit my town because I’ll know every song by then. Buy this album when you go. I know you’ll go see them live because I’m letting you know the disc is only a glimpse of who Deerhoof is. Live, they’re non-stop and full of more energy than you knew existed. They only pause briefly to repair any broken strings but only after the song is finished. John Dieterich can easily finish out a song on another string and get the same effect he wants. Amazing. This is definitely an album to keep lying around for easy access. Deerhoof. Deerhoof. Deer-hoof. That about says it.