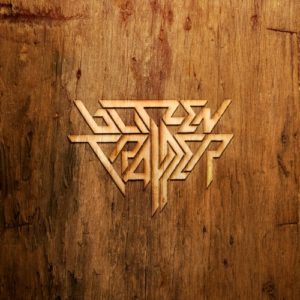 With the recent elections being pushed (as always) into the culture war of Real Americans vs. those who don’t really belong, we beg to ask, what exactly is America? What is American culture? Blitzen Trapper’s Furr may not be apple pie, Jesus, guns, and an NRA lifetime membership, but unlike what a certain Vice Presidential candidate may feel, I believe the boys from Portland created a much better approximation of American culture than the aforementioned polemics. I wouldn’t venture to say this CD is definitive Americana, but I would have to share a listen to someone outside of the US asking about my country.

I must admit that this is my first foray with Blitzen Trapper, so I was not as blown away by the very tight production values of Furr like more veteran fans may be accustomed to. Blitzen Trapper was known for genre-bending, mish-mash of country and indie lo-fi, with little solidarity. For many, this is more of an asset than a blemish, but Furr does not disappoint with a more traditional approach. It still has the broad spectrum of American musicbluesy songs of dying love and a troubled serial killer to 70s rock and roll style power pop songs about bigger themes of modern life. Furr is more elegantly crafted than previous offerings, but the magic is still there.

A major theme of the CD is perhaps the isolation of a man as he lives in an unnatural, modern world. He yearns for nature. Interestingly, country music with such themes can be expressed and understood by non-English speakers, owing to the deification the likes of Johnny Cash, Dolly Parton, and Kenny Rogers. The reason, and it is apparent with each listen, is that the music whines along with the singer, the background noises point to the nature the singer speaks of, and the intonation expresses even more than what the great, dense lyrics say. The instrumentals are solidly done and very expressive.

But for those with an understanding of American English, the lyrics are very much a treat. The first track, “Sleepytime in the Western World” talks about sleep inertia in a world where one’s day has less and less to do with the position of the sun; a man fed up with living when the sky is not alive. The titular track “Furr” speaks of a manas if this theme of nature were lost to the listenerwho literally turns into a wolf as he tries to reconnect with nature. Wolf howls and gusts of wind follow along singer Eric Earley throughout this track. “God and Suicide” speaks of a broken man wishing for death but presented in such earnestness that there is almost a positive, religious-chant-iness to it. With stories like these, Blitzen Trapper describes what America is to them: a land of isolation and contradictions.

Furr will definitely latch onto the listener and provoke emotions through a thoroughly euphoric package. The passive listener is treated to the musical skill and layering the band presents, but so much is rewarded to those who allow the album to connect.