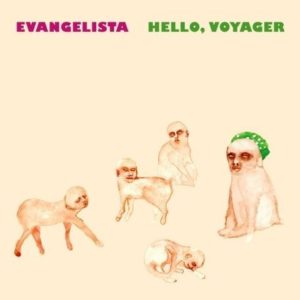 To be fair to this album I must admit this really isnt my typical flavor of music. Carla Bozulich, the lead singer and writer of the band, is a completely new name to me, but from researching the internets I have found that she has been in the music scene for awhile. The music is very spastic and ranges from dawdling ballads to intense industrial rock heart attacks. Always having a dark tinge to it, the album has three highlights in my opinion. <!–more–>

For those of you interested in ambient strings boding through alleys, For the LIl Dudes is very intriguing. The strings blend and morph through the entire length of the song, never showing any sign of hope or glee. On the other side of the spectrum, Truth is Dark like Outer Space starts with ambient feedback only to explode in your face with angry sounding vocals and very harsh guitar. Quite bleak and attacking the song lays down a harsh drum beat over extreme guitars. The other song, Lucky Lucky Luck has a World Inferno dark circus feel to me. A jazz sounding melodic voice is left alone over a repeating basic bass line.

In the end I can see many people enjoying this; it’s just too much for me. Other than the three songs I talked about I really could not become attached to any of the songs, and would just sit and watch from afar as they play their guitars off time and make funny noises. Its just not my thing.