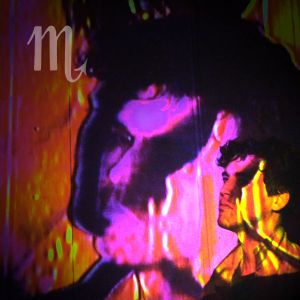 The first time I removed this album from its case, I noticed a little inscription on the face of the disc that read: Please read the lyrics. This struck me as odd.

A, his 2003 debut, is one of my all-time favorite albums, and not for complex lyrics I might add. Cass McCombs has a certain way of using simple language and brevity to his advantage, jumping from topic to topic, and touching all the necessary nerves to create a fleshed-out story within a four-minute song. A is a wonderful concoction of simple guitar-strummed hooks, repetitive drum rhythms, and lyrics that capture the beautiful naïveté of a bashful young man with endless love for the earth and all its inhabitants. And it wouldnt be nearly so high on my list if it wasnt produced with such astounding humility.

And now, the first impression Im getting from this new album is Cass saying: Hey! Look what I can do! This wouldnt have been such a turn-off if his lyrics had been a little more impressive. Absorbing his topic-to-topic style of songwriting in written form was fairly draining, and far from rewarding. The lyrics read like ordinary high school level poetry with a few recognizable traces of charming Cass-ness. At this point, I still hadnt listened to the record.

And then I did And it was good! Not great, or as modest an album as A, but still quite enjoyable. Songs such as Pregnant Pause and Petrified Forest were my immediate favorites for their slow and steady, classic Cass McCombs feel. However, Full Moon or Infinity and Deseret slowly grew on me, as they showed him to be a capable songwriter when dabbling in some darker hues. Lionkiller on the other hand, shows him falling short while taking a stab at a fast-paced, high-energy pop song. The lyrics are the most predictable and slow-paced that hes produced in my opinion: I was born in a hospital that was very big and white. The hands of a male doctor pulled me into the ________. (Take a guess.)

Luckily for him, the force of his words comes primarily from the way he delivers them. He sings more confidently on this album than any preceding it, venturing higher in his vocal range than before, and making short fast-belted notes a new staple in his style. I can definitely say that, for me, ignoring the lyric sheet enhances the album. Who needs the instructions, anyhow?