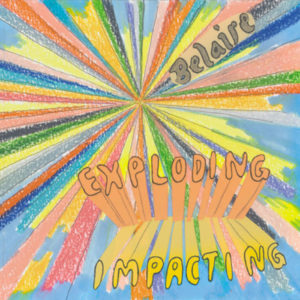 There are three things that I hate about college radio. 1) Promotion companies that dish out their spineless opinions of music theyre paid to promote. 2) The amount of totally awful music that accumulates in a college radio station. 3) The idea that any of us are qualified to claim that indie music is any better than whats on the radio. But even though I hate these things, I understand that promoters play an important and necessary part in the music industry, lots of music just suxks, and if we dont pass judgment, who will?

It is, however, our responsibility to recognize good music wherever it might come from. Which is why the bane of my existence is the closed-minded, throwback, snobby, Indie kid with his head so far up his ass that he wouldnt recognize a good pop song if it was served to him on a bed of organic humus (no offence to vegetarians, men, or Indie lameasses). This is why Im going to literally spell out the factors that make a good pop song in present day pop culture: Catchiness. This is why we all know JT brought sexy back and why Timbaland is on Billboards Top 5 TWICE! He knows how to make an ubersexycatchy catch line. Danceability. How many people do you know trying to crank that souljaboy or walk it out? None? Well, there are thousands. Synthesizers! The more the merrier. I see Chromeo nearly every time I turn on MTV. People are going apesh** for synths! Kanye knows it, 50 Cent knows it, and, of course, Timbaland knows it. I even saw Alicia Keys awkwardly poking some notes on a keyboard in her newest music video! These three factors all equate to Fun; the backbone of a pop song.

Now that Ive given you a lengthy introductory rant, I can get to the actual review. Exploding Impacting isnt for the Indie lameass, its for those of us that realize a song can carry its weight by simply being fun. Chances are you havent heard of Belaire, but two of the four members are part of another, fairly (indie)successful Austin band, Voxtrot. Fortunately, theres little resemblance between the two bands. The 46 second, lyricless intro song Jen gives the listener a taste of the electro-pop sound to come. By the time you get to the title track, you know Belaire means business. Handclaps, a(n old school) piano, and girls singing bums and dums turns into a lonely sliding synth that becomes the base of a totally danceable synth trio complete with a choppy drumline. This is what Belaire does; its all just innocent, careless Fun. Shadows Moving on the Wall intros with what sounds like an eerie Korg music box and continues with the haunted feel of an digitized old horror flick. Something like the phantom of the opera playing a Casio pipe organ in the Good Records basement. The highlight of the album is probably Dont Delay, Participate, previously recorded (though not very well) as RIP. This song makes you wish lead singer Cari Palazzolo were your girlfriend. It starts like most other songs on the album: a snarling synth joined by a simple yet hard-hitting drumline joined by another background synth joined by Caris girly attitude-filled vocals. This all builds to a kick-kick-breakdown pattern that continues throughout the song and right when you least expect it, it all comes to a sudden end. Unfortunately the rerecorded version doesnt include Cari shouting, Its not the end! followed by a reckless final breakdown. Youll have to find a copy of RIP to hear that (It was posted on their Myspace). I have to admit that a lot of the songs on Exploding Impacting do sound similar; I could describe the overall sound as falling through a tunnel of girly electro-pop (the description makes sense if youve heard the album), but every so often Belaire changes it up slightly. On Youre Not a Kid Anymore Cari trades in her smoking keyboard for an acoustic guitar and takes a shot at a heartfelt coming-of-age track. The final track, Thin Lines, is a melancholy piano arrangement that quenches that built up desire to dance, leaving you content with the albums end and not like the dance-party DJ just packed up and left before you were done having fun.

(Unfortunately, the fact that the band includes members of Voxtrot limits the likelihood of many people seeing Belaire live. I will say if you ever happen to find yourself in that unlikely position go for it! Belaire shows are lots of Fun. (At their Waterloo In-Store last August they played their entire set on toy instruments.) For those interested, front-girl Cari Palazzolo has a solo act called Fancy Feast, and even though her recordings are not of the best quality and the songs lack the full sound of a band, it still has some of that innocent, careless FUN that Exploding Impacting has managed to capture.)