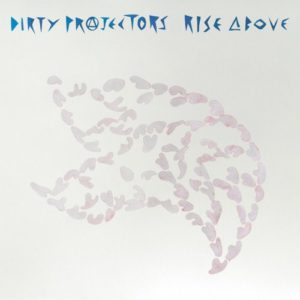 When something comes at you from a fresh perspective, you just have to grab it. No album this year even compares to the effect the Dirty Projectors album “Rise Above” has had on me. The premise of the album seems simple: David Longsteth wants to create a cover of the infamous Black Flag album “Damaged.” The simple chord progressions and very non-melodic Black Flag songs would seem to be a very simple cover in whole, yet the Dirty Projectors weren’t simply going to cover this album, they were going to reinvent and recreate it into something almost completely different.

In creating this album, Longsteth never re-listened to the songs he was covering, but tried to remember the lyrics of the songs from his teenage years when he would listen to the album over and over.

The lyrics, though, are not what carry this album through to the top of the list. Instrumentally, there is no one close to the sounds and patterns the Dirty Projectors can create with their guitars and voices. He plays like a drunk classical guitar master while singing a completely different melody, and the end effect is dazzling. To balance everything out, two amazingly trained and focused backup vocalists create harmonies and melodies of their own. Listening to the album just leaves you awestruck at what new can still be created from the same instruments that have been in use for so long.

The album begins strongly with “What I See”, which has a very catchy beginning and then breaks down into some harmonies left alone by the instruments. Following this comes one of my top four songs of the album, “No More”, with its deep dancing bass and an almost banjo-sounding guitar lick on top of it. A minute into the song, a backwards guitar and crooning lead vocal leaves a beautiful shimmering visual bridge. They don’t let up after “No More” but go strongly and directly into “Depression.” His intricate guitar work is easily seen in this song, with a constant complicated guitar layer behind it. “Six Pack” is just another beautifully crafted piece of art, which has a French spoken breakdown which I am 99% sure didn’t occur in the original version.

Later on the album “Gimmie Gimmie Gimmie” is probably my favorite track. Starting with Longsteth’s enchanting harmonies, the guitar just plays and dances around a very simple beat…but then the backup vocals come in and, BAM!, at about a minute in the drums come in off beat and just change the beat into this very rhythmic pulse of a chorus. From nowhere comes a breakdown of the backup vocals playing their voices off of each other like Eddie Van Halen playing his double tap guitar, but much softer.

The most famous song off “Damaged” comes on the 10th track, “Rise Above,” which is a very mellow version of the orginal song, having just a simple guitar flow along a basic drum work, with the vocals doing most the work.

In the end, listening to this album just puts a smile on my face. I can try to put a finger on why it does, but the easiest way is just to listen to it. That’s my suggestion, get this album in your ears and on your music players A.S.A.P.