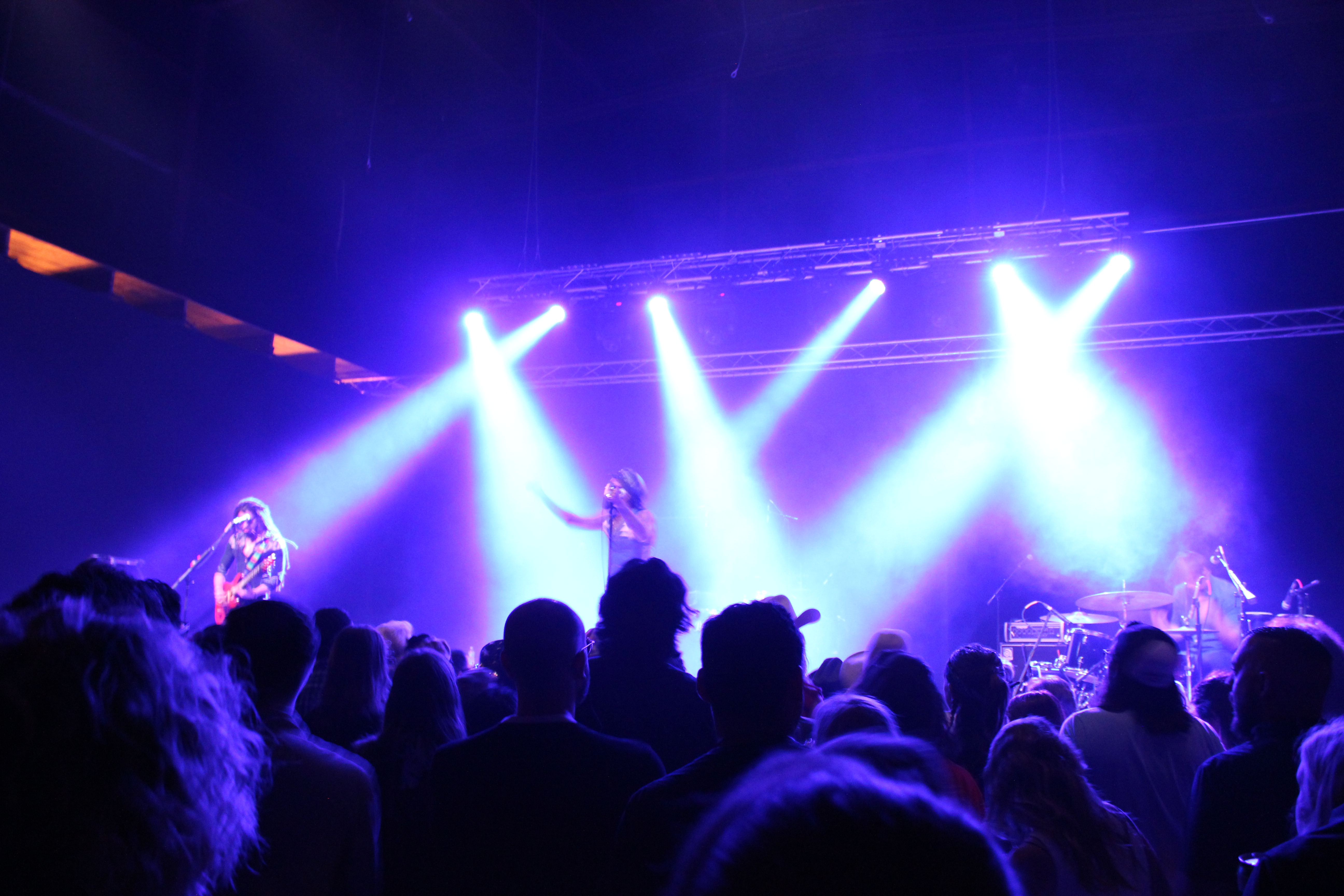 Concerts, they’re back. As they return, I want to share what I have learned from my past experiences. In this article, I provide tips on going to concerts, which you may find useful especially if you plan on attending your first soon. Apply these suggestions in your own way and find what works for you.

There are seldom many events that are both personal and collective, but I have found concerts to be an exception. I have seen about a hundred acts in multiple venues, and I still cannot get enough of that live energy. As I write this, I have two concerts in the next three weeks lined up. I’m going to illustrate several scenarios that you might find yourself in. Not all concerts present the same experience, but you start to clearly see the patterns that form.

My experiences have mainly been standing room only, which at times evolved into mosh pits. In this guide, for more specific occurrences I remember, I will mention the artist that I went to go see. I have never been to a festival where you stay overnight but am planning on going to Sziget sometime. Nevertheless, I will guide you on how to enjoy, and ultimately survive, a concert that you will remember for a lifetime.

Leave the valuables at home

Bring your phone, ID and payment for merch or concessions. Everything else is a risk. Necklaces can get ripped off in a mosh and rings can slip off. Be cautious when wearing shorts with loose pockets, as I have seen phones get stomped on after they find their way out of your pocket.

Whether through the IOS wallet, another app, or a screenshot, keep your ticket updated and ready for entrance into the concert. If you are unsure beforehand, print it out. When my friend and I went to see Kid Cudi, we were early enough once to get the front rail. However, the ticket on his phone wasn’t scanning, so he had to figure it out with the ticket company while the entire line went through.

If you see others with an outfit that’s meant for posting, please pray for them: if they get in the pit, they’re most likely going to be drenched in sweat. Wear clothes that are comfortable, if you’re going to be on the sidelines or away from the action, then you should be fine. Just know if you head into the trenches, don’t be surprised if you get hit

Queuing Up and Entering

Unless you want a front row spot, show up late

Once, my friend was so adamant about showing up early to get a front-row spot, that he bickered until we left. We were three hours early in the Texas summer heat and still weren’t even close to being first. If you really want to get up on the front rail, you make getting first in line your absolute priority, so bring food and drinks to help prepare for your patient endeavor. If this is something you want to pass on, I advise you to show up when doors open.

When you’re entering the venue, there’s usually a security check with metal detectors, where they will lightly check your stuff and what’s on you. Once you’re in, if you want that coveted merch, that’s your first stop. People will run for desirable merch. I know because I did exactly that for a Playboi Carti tee.

Ask the bartender or concession stand for water, it’s usually free. Unless they don’t do that, bottled water will be provided, but you’ll have to pay a small premium. I have seen some people bring collapsible water bottles, which are great for festivals.

Due to dehydration, passing out at concerts is common. When you’re in a large crowd and you are pressed up against the collective masses, a situation like that is bound to happen. I went to the first JMBLYA and the crowd was in the thousands. With gatherings of many people in close quarters, you will feel all the body heat surrounding you. If you aren’t feeling well, tell someone and see if you can get out.

The most dangerous part of concerts is between in the very front, by the rails and the middle of the crowd. Usually, this is the most active spot for those high-octane people who end up shoving and squishing people like sardines. You may almost fall over in this area, so make sure to maintain a stable footing.

Some people are just rude. Ignore those aggressive people out there. Even the bouncers, whose job is crowd control, tend to lash out. Do not let other people spoil your fun. You may encounter people being entirely conspicuous and pushing their way to the front, just let them pass. If you want to move up as well, in a more considerate way, tap them appropriately or signal that you’re moving and they will let you pass.

If you’re staying after the performance for a meet and greet, head straight there. Usually, the main headliner’s host meet and greets, so they’ll start lining people up for photos and some words if they’re nice. You get a picture and can usually talk to them for a little bit. The first artist I met was A$AP Rocky, who was a great personality to be around. Some artists are all smiles, and some obviously hate being there. This may affect how you see the artist exponentially, so just keep this in mind.

Leaving will be a nightmare unless you leave a little early. I sometimes head out when the artists announce it’s their last song, so unless that’s your favorite, dip. Also, if the venue has garage parking, never park at the top. Park your car somewhere safe then walk if it’s close or take an Uber or Lyft for farther distances.

Live in the Moment

Whatever the situation may be, go to concerts. Save up for a ticket of your choice and go experience music from the artist themselves. You will discover new songs that other people love, and artists that you’ve never heard of. Do not be afraid to get out of your comfort zone. Make friends with the people next to you, look out for each other: you are both there for the same thing. Try not to film or record the whole time, enjoy the memories and grip your phone.