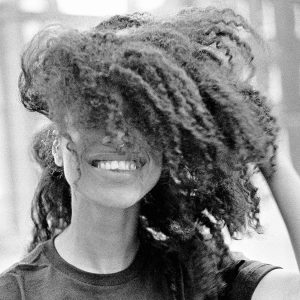 Since the release of her first two albums, Lianne La Havas has become a standout among the wave of contemporary neo-soul artists. While many artists lean towards the forgettable, adopting the derivative sounds of the genre, La Havas vocal talent bleeds through even her weaker first two releases. Her first album was a typical album from an artist coming onto the scene: delicate, ambitious, yet lacking the necessary cohesion to tie it together. Unfortunately, on her 2015 release, Blood, trading delicacy for over-production results in her most commercial and lifeless album. While La Havas possessed an incredible vocal talent and an affinity for tight catchy hooks on her previous releases, it was as if the pieces were not exactly fitting into place. However, on eponymous third album, La Havas blooms with her eclectic combination of folk, soul, and raw talent that she has been hinting at her whole career. Just as the album title hints, La Havas strips back the superfluities for a release that breathes and flows with the earnest talent of an artist fully confident in her abilities.

La Havas was certainly not afraid to show this confidence in her singles, especially in the song “Bittersweet”. In a way both hypnotizing and searing, La Havas proclaims her freedom from a nasty relationship while soaring over a deeply infectious groove. This is her victory lap, and we’re only five minutes into the album. In another sense, this album captures La Havas at her lowest with tracks like “Paper Thin” that exchanges vocal gymnastics for a tempered ballad that is, as the title suggests, whittled down to the most honest of performances. With crying guitar licks and a gentle drum performance that wanes and waxes with the sincerity of La Havas delivery, the instrumental plays perfectly into the vulnerability La Havas confidently exudes.

These are not the only highs and lows on this album, as multiple times on the record a single song seems to encapsulate an entire “season” of this relationship. Quite consistently, La Havas utilizes a build-up on tracks like “Green Papaya” or the Latin-jazz inspired album closer “Sour Flower”, showing her ability to fully realize songs till they seem as if they could stand on their own. On the latter, flamenco-inspired hand claps and a driving tight snare assist La Havas’ climactic build as she proclaims, “When I cry, it’s ‘cause I’m free / Sour flower, it’s on me”. These highlights give her the room to stretch her vocal muscles and instrumental bravado to show just what she can do with no constraints. Often there is little to no discernable difference between her vocals and the instrumental as this record runs like a well-oiled machine, or rather, a self-sustaining ecosystem to which every organism contributes to the collective rhythm. Even her cover of Radiohead’s “Weird Fishes” is entirely her own, with a last two minutes that explodes with an intoxicating catharsis.

On this album, Lianne La Havas is in her groove and we’re right beside her, head-bobbing and hip-swinging. And the recording of the tracks gives us this intimate feeling, upfront as if we were front row to her sold-out show. Never shy, La Havas puts the spotlight on herself and herself only with an album that engulfs the listener like the waves of an inexplicable and captivating ocean. Once caught, you’re carried through a record with Lianne La Havas as her most personal, enchanting, and true self.