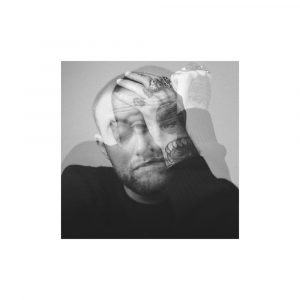 Malcom McCormick, known by most as Mac Miller, passed on September 7th, 2018. This day is crystallized in my memory; where I was, how I found out, the disbelief I felt. All of it still feels so fresh. Mac Miller was one of the most influential artists of my life. His music transformed and grew as I did. When I was in middle school his songs would focus on the materialistic draws of existence, then he transitioned into topics of love when I started college, and then existentialism. As I matured, so did Miller’s focus in his music. His songs became more complex, and the narrative in each album more carefully thought out than the previous.

Before passing, Mac had left us with his most stunning work yet, Swimming. Arguably the best album of 2018, Swimming was a masterpiece in composition; the album felt handcrafted in a way that even a passive listener could experience the depth Miller was attempting to elicit from his audience. His growth as an artist was something to behold, especially since a majority of artists taper off after their initial projects. Swimming was thought to be the last hug Mac Miller would give his fans, until Jon Brion announced that he had been working on Circles. Brion, who had worked on Swimming, was slated to produce Circles. Brion explained that the Swimming and Circles were meant to be “two different styles complementing each other, completing a circle.” In critiquing the album, I kept in mind the limitations Brion had to work with. There is a certain element of Mac Miller’s raps missing in a lot of the songs, however the production of the album for the most part makes up for it.

Circles isn’t a celebration of Mac Miller’s life and accomplishments, rather it’s a continuation of Mac’s legacy. The tone throughout the album is chilling yet soothing, sad yet uplifting, and introspective yet explores our relationships with others. Jon Brion should be commended for preserving Mac Miller’s unique voice with production that builds and changes within each song. In the opening track “Circles,” the listener is gently introduced to the album with a sweet melody before Mac addresses them. Mac tells us “you’re feeling sorry, I’m feeling fine,” almost as reassurance to his fans and loved ones. This track was perfectly placed due to its hushed out tone, however Brion immediately juxtaposes it with “Complicated.” This track is carried by an upbeat, electronic synthesizer alongside Mac’s soulful vocals discussing the rigamarole of daily living. Later in the album, “Good News” builds its beat from the ground up similar to “Wings” from Swimming. Mac addresses his personal demons multiple times in both albums, and this song heartbreakingly shows us his growth as a person. In the song, he ponders “I know maybe I’m too late, I could make it there some other time,” eerily expressing his comfort with death.

His raspy, spoken word lyricism places with flushed out instrumentation is what made his music one of a kind. His “old school” inspirations are evident in each track, thus paying homage to the artists that inspired his growth as an artist. In “Woods,” Mac tells asks “I might just fade like those before me.When will you forget my past?” This type of harrowing foreshadowing comes up in each song. From a production standpoint, “Hands” is my favorite song. Jon Brion uses only real percussion for the entirety of the track, with a marimba strongly driving the beat while a vibraphone provides the chords to provide the melody. It’s the type of homespun production I fell in love with in Swimming.

Lastly, Mac leaves us with “Once a Day.” This track is undeniably the tearjerker of the album for me. Mac Miller completes his legacy as an artist, finishing his lap around the Circle. He asks his listener to take their time, appreciate their experiences, and grow. The thing that spoke to me about Mac’s music the most was that he was speaking to me. It was just him and me. Although he has been gone, his presence through his music still pervades. It’s still just him and me.

Once a day, I fall asleep with you