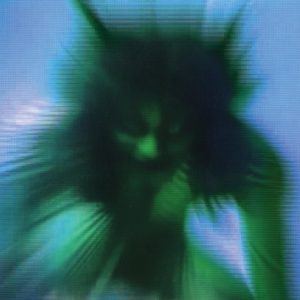 Sean Bowie, known in this iteration as Yves Tumor, has been a rather enigmatic being in music throughout the past few years. Between being a (rather mysterious) member of Bodyguard, to collaborations with Dedekind Cut under the project “Trump$America,” to his own solo work, Yves Tumor has grown quite a cult following and high praise from outlets such as Tiny Mix Tapes (frequently categorizing him in the Eureka section). Since When Man Fails You was released in 2015, Yves Tumor has managed to pump out an impressive album each year, and 2018 proved to be no different. Following a handful of singles that had released over the summer, Yves Tumor had decided out of the blue that 2018’s Safe in the Hands of Love would fly in out of the blue this past Wednesday.

While we’ve come to expect a blend of Post-Industrial with pop tendencies from Yves Tumor, “Faith in Nothing Except in Salvation” starts off the album with quite a hefty wake-up call. Winds blow throughout as we get a glimmer of some rather meaty drums and low end frequencies. Saxophone lines peer in and out throughout the background as the soundscape gets thicker to prepare the listener for the album that’s about to unfold before them. The apocalyptic “Economy of Freedom” follows, featuring Croatian Amor, to cement the duality of warm, lush soundscapes intertwined with the type of Post-Industrial tendencies which could put Oneohtrix Point Never to shame. This is also where Yves Tumor begins with the vocal work that we were quite familiar with in Serpent Music (contrasting from the singles that came from this album previous). “Honesty” kicks it up a notch with some real fat slabs of bass fading in and out to complement the meaty, meaty drums that echo throughout the tracks. All of this combines together to create quite a suffocating environment for Bowie’s vocals, as well as showcasing his class sense for creating some insanely danceable music.

Following this was a stylistic flip, going into “Noid”, a single for this album. “Noid” features all of the sure signs that you’re listening to a Yves Tumor track, but delivers it in an extremely lush, colorful, yet manic blend of a multitude of genres. Psychedelic Pop? Yeah it’s in there somewhere. R&B? I can definitely see it. Some may toss around the phrase “Hypnagogic Pop,” and while it may not quite match it in fidelity, it definitely does in it’s mash of familiar songs. “Noid” makes for the first centerpiece of Safe in the Hands of Love as it both sounds extremely familiar and comforting, while unlike anything that I’ve heard before. The familiarity of this production is coupled with a noisy edge that keeps you on your toes, with lyrics invoking a sense of panic from an outside force (“They don’t trust us/They call it a sickness/I can’t trust them”) while cementing an uneasy sense of comfort (“Safe in the hands of love/That’s where I feel the pressure from”). This duality comes into full blossom through the second part of the song as the majestic loop that peers in and out throughout the first portion is replaced with a collage of screams and other nerve-racking sounds. Sonically, this makes for a fantastic depiction of paranoia, racing from start to finish.

The complement to this is the following track “Licking an Orchid” which comes right out of the gate with a loop that sounds just as lush as something from “Experiencing the Deposit of Faith”. Bowie develops from this with drums that sit at the forefront of this track. The lyrics cement the previous theme of seeking comfort in the form of love in a rather hectic world. This kicks up with intensity throughout the second part of “Licking an Orchid”, displaying Yves Tumor’s growing mastery in noise coupled with the music that had developed throughout the track.

If you thought it was already mind boggling that such a multitude of styles could come together to create such a cohesive work, then it won’t help much to note that this was only the first half of the album. “Lifetime” builds the tension upwards with a wall of drums that surround the listener and suffocates them with Bowie’s most pained lyrics up to this point. Yves Tumor hits us with a slew of scatterbrained emotion from desperation and anger, to the longing of a much simpler time (“I miss the good old days back in Biscayne/And I miss my brothers”). We reach emotional rock bottom at “Hope in Suffering” as a crushing collage is matched with a gruesome spoken word piece which is pitched rather low to drown within the soundscape that was created. This palate cleanser of a track is followed by “Recognizing the Enemy” which rebuilds the structure of this album as Tumor realizes he can’t recognize the person that he’s speaking to, and more importantly,  that he has lost recognition of himself. This one hit home quite hard, after a few years of the emotion described throughout the album, and many changes throughout my life, I honestly couldn’t relate to the person that I was years ago as much as I would love to. Tumor’s anger with this is amplified by his anguished vocal delivery which builds in intensity throughout the song.

“All The Love We Have Now” delivers a completely matured rendition of the man who was once known as Teams quite a while ago at this point. It’s direct evidence that the grand decline of chillwave isn’t due to the limitations of the genre, but from other artists that continue to pave the path as Yves Tumor creates something quite magical here. This is ripped apart into a blender with the finisher “Let The Lioness In You Flow Freely” as chopped loops pulverize the listeners ears as Yves Tumor’s vocals peer through while being snuffed by such an instrumental. If Laurel Halo’s “Quarantine” invokes feelings of drowning in a vast body of water, then the closer to this album takes the same concept with a relentless barrage of waves taking the listener under. This loop is yanked out from right under the listener towards the end as all that is left is a quick jangly sample that loops about once or twice before the album abruptly comes to a close.

Yves Tumor has created something really special here which blends a slew of musical styles into a rather cohesive album. Listeners have had a massive problem pinpointing genre names for this one, and in typical conditions it doesn’t really lead to a good end product. Tumor has not only done this, but has blended these styles into an end product that works wonderfully with each other to evoke strong feelings within the listener. Before listening to Safe in the Hands of Love, I wasn’t expecting Yves Tumor to drop his album so soon on a Wednesday evening. I couldn’t tell you anything that sounds like this, but I can guarantee that listeners would find something that they will like on here. In a sea of music that yearns for the past, Yves Tumor is one of the only artists around right now that really understands how to hone in on that while creating something that’s genuinely ahead of its time. It’s been quite a while since I have had a strong urge to listen to a new album repeatedly upon finishing it, and even after five listens within the past 24 hours, this won’t be leaving my rotation for quite a while. 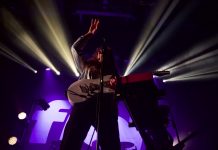