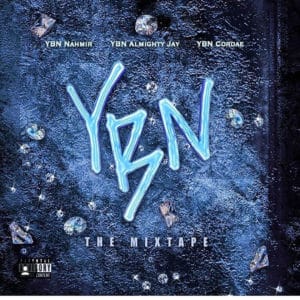 Let’s get straight to the point, this album is alright. It’s not the greatest thing ever, but there’s a few bangers on this album that people should definitely not be sleeping on. There’s nothing particularly groundbreaking

In the same vein as NWA when they first started, YBN is sort of a crew of relatively new rappers. The similarities end right there though. These guys met on a GTA V server and then started freestyling on Xbox Live chats. To put YBN in the same category as NWA would be insulting. That being said, YBN is a collection of rappers who are currently young and inexperienced. They aren’t, and likely never will be, in the same league as NWA. Maybe I’m wrong and YBN will go on to take the world by storm, but maybe I’m right and they won’t go on to do anything impactful. Only time will tell.

This album is clean. This wasn’t hastily made, nor was it just trying to be a quick cash grab. There’s some real meat to the album (or it sounds like there is at the very least). There isn’t any real signs that this was a lazy project. There’s a consistent theme of coming from rags to riches, something common in the hip hop genre. As these guys started without any major backing of any kind, that particular theme is very fitting. There’s some political undertones in a few songs, namely “Target“.

“Target“ tells the story of a one of the rappers getting pulled over for a very minor traffic violation. The song wants to send a message that African Americans have and still face racism from the very people that are supposed to protect them: cops. The track has solid verses that tell a decent and coherent story, albeit one that is unoriginal and lacking power. There’s a message of institutional racism and discrimination – lines like “why you pull me over doing 60 in a 55?”, “All [of us are] suspects…five [people] in the car”, “Plus [we’re] bumpin’ all the really loud new rap songs” – but any deep meaning that could be found is overshadowed by the fact that the people in the song were breaking the law. The song would be significantly more powerful if the people in the song’s story were completely innocent. If the people mentioned in the song were pulled over and incarcerated simply because they were African Americans that were barely going over the speed limit, then this song would really have something to say. Instead, the people in the song were high, moving drugs, and the driver had a gun. The song loses its potential because of this.

So this album has nothing deep. Ok, most albums don’t. Not everything can be To Pimp a Butterfly or Straight Outta Compton. This album still has songs to listen to for other reason. YBN’s flow, beats, and hooks are still nothing to sleep on.

There’s several features on this album, even a few from big name performers. Chris Brown, MGK, and Wiz Khalifa make appearances on this album. They don’t feel out of place on this album. There isn’t a clear divide between these headliners and YBN. None of the feature artists are taking the spotlight away from YBN.

YBN feels like they’re still trying to gain their footing. This album isn’t a polished work, but it certainly isn’t sloppy so don’t be surprised when someone starts playing some of these songs. As the first major project from these guys, it’s worth waiting to see what else they’ll do. It might not be the greatest album of all time, let alone the greatest album of the year, but it’s a good sign of the things to come. YBN: The Mixtape was a solid first attempt and it’ll be interesting to see where they go from here.