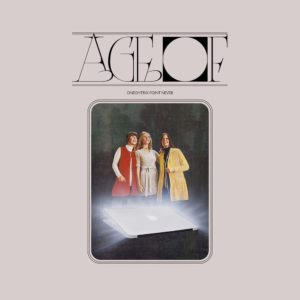 Since emerging from the New York drone mini-scene in the late 2000s, Daniel Lopatin, under the alias Oneohtrix Point Never, has proven himself as one of the century’s most skilled and innovative synthesists. Whether he’s futurizing retro 70s synthesizers (Rifts), mangling samples from television commercials (Replica), or inspiring an entirely new subgenre (Eccojams, Vol. 1, under the name Chuck Person), Lopatin could probably make anything digital sound worthwhile. His most stunning asset—creating singular environments with distinct aural palettes—materialized perfectly on his best records from his “albums starting with R” phase: Returnal, Replica, and R Plus Seven. Even since breaking away from the Rs, the album Garden of Delete presented an incredibly frantic and detailed digital environment that streamlined his most experimental ideals from previous efforts into a concise 45 minutes, which garnered him massive critical acclaim.

While each new record presents an entirely new world, some of Oneohtrix Point Never’s favorite production techniques—his love for new age synthesizer patches, MIDI worship, and the eeriest of vocal manipulations—still bleed throughout his catalog. OPN’s latest outing, the tangled Age Of, is subject to this, but also presents some of Lopatin’s most jarring new ideas to date. Firstly, it features probably the most guests of any of his projects—from James Blake to Prurient—who provide production as well as vocals, which is the next quality to highlight: Daniel sees fit to include vocal melodies, harmonies, and hooks into many of his corrupted voltaic odysseys. Perhaps it is unexpected, but nonetheless welcome, and only helps to shape the record’s curious peek into a confusing machine-powered future world.

Like every release from OPN, as well as those of his collaborators like Tim Hecker and Prurient, this album thrives in mystery. The artwork and packaging included in the physical copy of Age Of seems to aim to open the listener’s eye to the album’s quasi-concept, but only just so, like the image is too bright to fully take in. The cover displays a rather transcendental painting featuring an Apple laptop, and inner sleeves reveal a quadrant-divided cycle of ages: ecco, harvest, excess, and bondage. The meaning of these images is deliberately unclear, and, more than anything, serve as incomplete lore for Age Of’s universe, which contains elements of AI (“Same”), apocalypse (“Black Snow”), and even religion (“Babylon”).

It’s the last of those that separates this album from the rest of OPN’s discography. Age Of’s atmosphere is so much more celestial than previous efforts, one could easily assume the characters in this fictional realm worship machines. “Same” coats Anohni’s powerful vocal in a glossy sheen of choral vocal effects and a chord progression that seems to only ascend with every reiteration. The track “Babylon” even feels inspired by gospel tunes, with a familiar melody and gentle tamborine hits in the back of the mix, as if the song were performed in an enormous cathedral. The environment of this album may not be as cohesive as one like Replica, but the pure emotion of Lopatin’s sonic explorations, the combining of near past and distant future, is so potent that the listener can’t help but be swept off of their feet. Daniel sings with varying degrees of passion about things so detached from reality that the listener can’t be roped into anything but the record’s mere sonic properties. Take the track “The Station” (apparently written originally for Usher? somehow?), which has recognizable melodies and lyrical themes but, in true OPN fashion, increasingly deteriorates and mutates as the song progresses.

Daniel Lopatin’s electronic trailblazing can never be ignored, and Age Of continues that streak of genius. When eschewing predictable musical structure, his tracks remain enthralling from beginning to end, no matter how sparse or overloaded. The album’s final piece, “Last Known Image of a Song,” could easily be exactly that; the track utilizes eerie double bass lines, midi flute snippets, as well as undoctored samples of…probably an air conditioner? The track encapsulates the record’s spirit of incompletion, as it’s suddenly cut off with no conclusion at the very end. Unlike OPN’s previous albums, Age Of isn’t meant to show you everything it has to offer, but enough to keep you coming back searching for more.