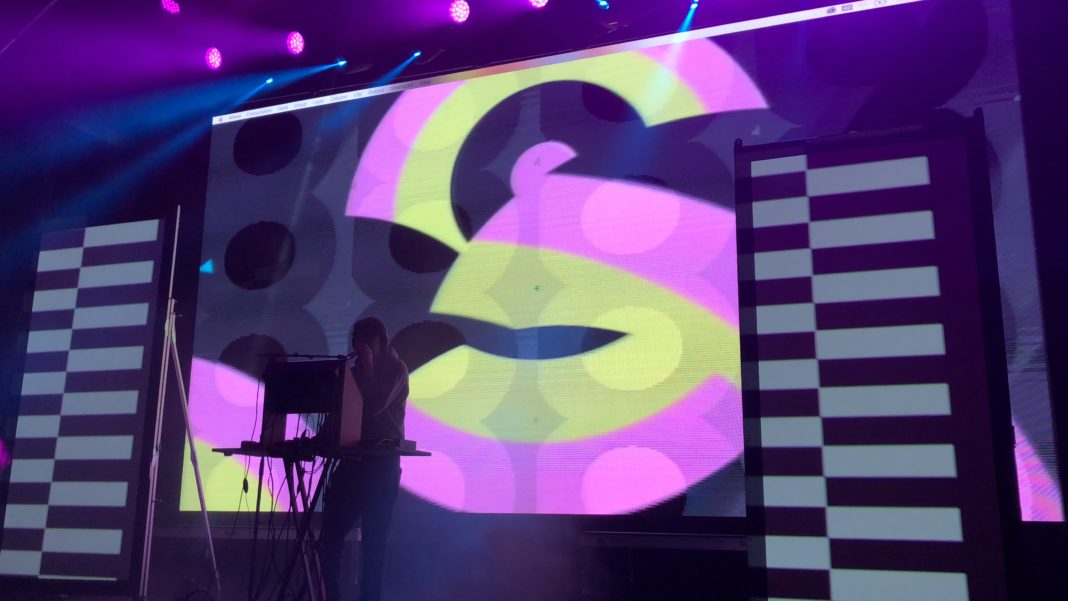 Making up half of the eclectic group Animal Collective, I knew that the Panda Bear/Geologist show wouldn’t disappoint. Having never been to Canton Hall, I was… surprised at the décor and immaculate nature of a music venue. My friend turned to me and said, “This place is way too pristine for us,” and he wasn’t wrong.

As the crowd hadn’t filled out too much, we watched from the front as Brian Weitz, better known by his stage name Geologist, took his place front and center behind his instruments. Donning his trademark headlamp, he took the audience on a journey through a variety of full soundscapes that ranged from what sounded like a choir being rushed through a mile-long train tunnel to an underwater video game level with Eastern style strings. Swaying to the comforting beat of synth notes, eyes focused on the bright light emanating from the crown of his head, I couldn’t help but feel like I was some deep-sea fish entranced by the glow of an anglerfish light (in a much less threatening sense, of course). Weitz, being no stranger to onstage presence, seemed very comfortable being in charge of the room, producing a warm yet commanding energy similar to that of a conductor. As someone who tends to frequent primarily indie rock shows, it’s very nice to be relaxed by a set rather than stressed out by it.

When Noah Lennox took the stage, his meek personality and infrequent conversation was immediately overshadowed by strong visuals and a powerful performance. Despite being a relatively (albeit newly) avid Panda Bear fan, I tricked myself into believing Geologist’s set was in any way indicative of the set to come after him. I was, of course, wrong. It felt much more like an Animal Collective set, which is of course not to discredit his work as a solo artist; Lennox’s solo material gives him much more room to explore a much dreamier landscape than Animal Collective’s frenetic energy tends to allow for. I often found myself lost in the flashing lights and warped visuals, only to be pulled back down to Earth by the inviting lush drone of Lennox’s voice. He played almost his entire A Day With The Homies track list (sans “Nod to the Folks”) interspersed between a comfortable mix of his previous LPs as well as some seemingly unreleased tracks. I found myself in a strange staring contest with this man who was wailing into a pitch shifted microphone, trying to cheat by blinding me with large pillars of flashing light flanking him. Despite the crowd being borderline catatonic throughout the set (how is it possible to not bop to “Crosswords”?), they came together as one to chant for an encore, and Lennox obliged. He ended the night with “Shepard Tone,” “Selfish Gene,” and “Last Night at the Jetty,” and I left Canton Hall feeling full from the extravagant visuals and enveloping sounds (and also a bit annoyed that, even though they cheered for an encore, the crowd stayed dead still right after again). Despite almost literally getting knifed in the street following the set (not a joke), I’d relive that night any time.