Home Feature The Black Parade Is the Greatest Album Ever Recorded 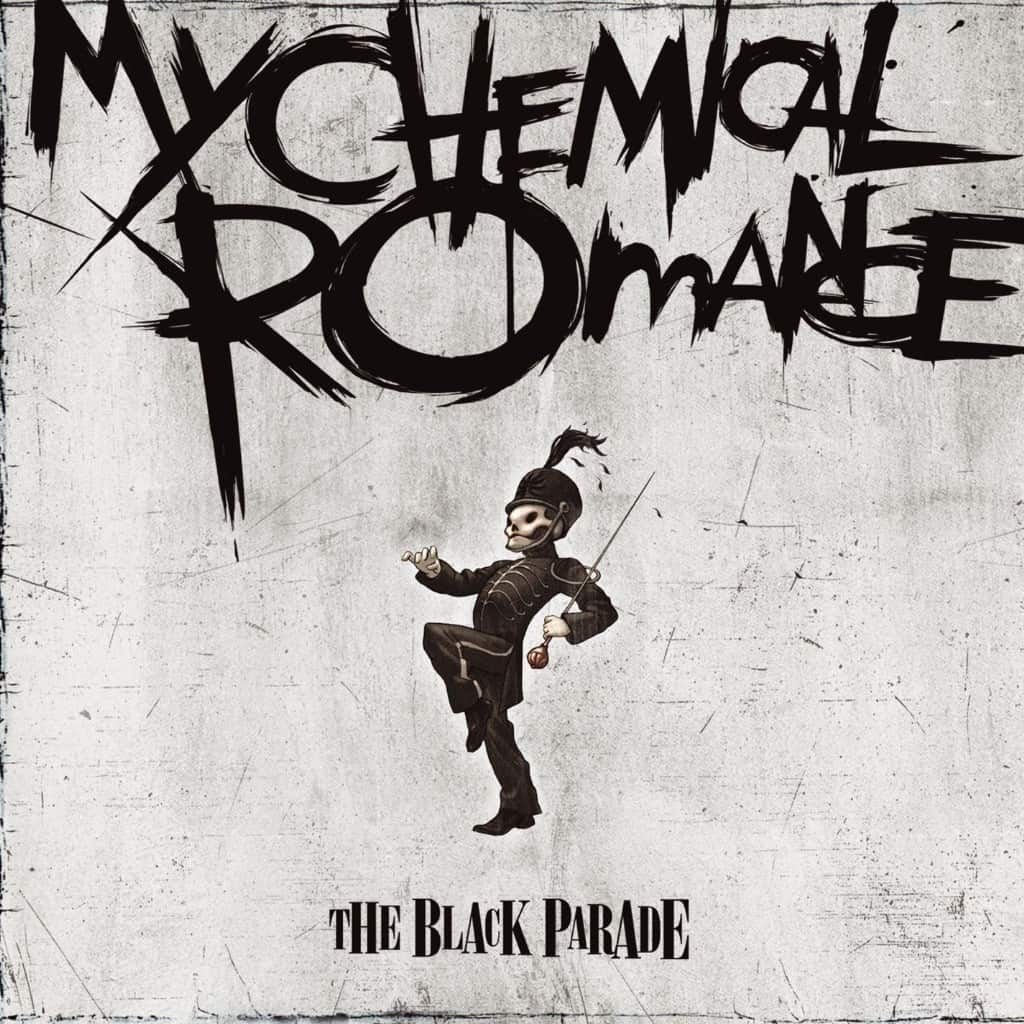 Alright, maybe not the greatest album EVER RECORDED, but it certainly is one of the most important albums of its time. The operatic drama that unfolds within the lyrics and instrumentation allowed this album to age surprisingly well. While many albums from the early to mid 2000’s don’t have the original shine and appeal they used to, The Black Parade still resonates with listeners to this day. The connection to emotion and the use of accessible instrumentation allowed this album to withstand the test of time, and the variety between each song keeps listeners consistently engaged.

Another enticing aspect of the album is its story. Concept albums were not a common occurrence in the mid 2000’s, with American Idiot being the only remarkable example within the same genre. Beneath the overwhelming motif of “DEATH!” that the album is enveloped by, themes surrounding mortality, legacy, and purpose in life shine through. These themes add depth to an otherwise redundant concept in emo-alternative-rock. Right from the first few seconds of the album, the sound from a heart monitor gives the listener an idea of where they are: a hospital. The story begins with the death of a cancer patient, and the album unfolds as he looks back on his life. He recalls inglorious acts and life choices that led to a loss of love and family, and ultimately to his general loneliness. However, the album’s main themes of survival and hope make this album instantly accessible to any angsty young adult who feels alone in the world. This album understands their problems and provides the encouragement to keep on living.

The album opens in the most tongue-in-cheek way imaginable: a song titled “The End.” If the words “The End” don’t immediately let you know that they weren’t messing around, the punctuation certainly does. All joking aside, this is truly the perfect introduction to the album. The first lines literally greet the listener with “Now come one! Come all to this tragic affair”. The dramatics shine through with each line, and the “very relatable to a teenager” concept of being lost in the world is thrown around. As the song builds to its end, a flatline note cuts through the sound and introduces the“stadium punk” emo-anthem that is “Dead!”. Bouncy guitars and an almost poppy tone start the album out on an incredibly energetic note. With lines like “if life ainʼt just a joke, then why are we laughing?” perfectly illustrate their upbeat energy juxtaposed against their heavy, death-centered subject matter. The dramatic lyrics and theatrical grand finale of this song tie into a running theme (and cornerstone of their genre) of intense emotional expression. Most of the over-the-top lyrics on this album catch the listeners attention, and make it easy to relate to the album’s themes. Most 13-20 year old’s listening to this have most likely felt lost or alone at some point, and the histrionic lyrics and characterization of the protagonist allow them to see themselves in his shoes.

The next two tracks, “This is How I Disappear” and “The Sharpest Lives” reach much darker levels. The intense recollection of lost love sung over heavily distorted guitars is enough to bring out the inner “emo” in anyone. These songs are most similar to something you might have heard on the previous My Chemical Romance album, Three Cheers for Sweet Revenge. The first of the two tracks delivers some of the most angsty moments on the whole album, with the chorus holding lines like “live my life alone forever.” The second of the two tracks begins with a pulsing guitar and whispered vocals about promiscuity, which give this track a general sense of lustfulness and immorality. It also holds some of the most memorable lines on the album. For instance, the delivery of the line “Juliet loves the beat and the lust it commands; drop the dagger and lather the blood on your hands, Romeo” remains one of the most cutting parts of any song from The Black Parade.

“Welcome to the Black Parade” is the magnum opus of the album. This operatic masterpiece cuts through the heart of any My Chemical Romance fan. The silence piercing high G played on the piano is one of the most memorable moments of any 2000’s emo-alternative song. The strong building intro matches the intensity of the lyrical content the protagonist divulges to the listener. The percussion matches that of a marching band, and ties in with the idea that the black parade itself is approaching the protagonist. Once the build comes to an intense climax, the tempo picks up and the song transitions into its second, upbeat section. The vocals carry a much more positive energy than the previous tracks, which drive home a message of hope. The repeated phrase “We’ll carry on” of the chorus rings triumphant and not only coincides with the story of the protagonist, but also connects with any listener going through a struggle in their life.

One of the greatest strengths of The Black Parade is how every song on the album can stand alone and still be as significant without the original context of the album. If you’re not listening for a story, you might not hear it at first and just take the songs as individual pieces. However, if you’re aware of one or if you’re looking for a story, all of the pieces start to fit together. While albums like American Idiot do have many songs that could stand alone, they heavily stress a story through constant references to characters and plot points. With a strong connection to the albums context, some songs aren’t able to shine above others. However, “Welcome to the Black Parade” not only continues the plot of the album, but also stands by itself as one of the greatest rock anthems of the 2000’s.

The first half of the album ends with “I Don’t Love You,” a non-love song for the heartbroken masses. Transitioning into the second half of the album, “House of Wolves” kicks off as one of the most sinister tracks on the album. The heavy, descending guitars and nearly flamboyant vocals bring an attitude to the album that hasn’t yet been seen. The use of schoolyard-rhymes juxtaposed against lyrics surrounding acceptance of sin provide a unique energy that not only unsettles the listener, but also intrigues.

“Cancer” is one of the slowest and most heartbreaking tracks on The Black Parade. Carried by pianos and strings, this emotional ballad strikes a realistic chord by describing the struggles of living with cancer. The punchy guitar that introduces “Mama” leads into one of the most theatrical songs on the album. This song has everything you could ask for in a emo-alternative-rock song about war: intense half time breakdowns, sound effects and explosions, and greatest of all – guest vocals by Liza Minnelli.

An audio recording of an insomniac soldier suffering from PTSD bridge this song with the next, “Sleep”. An eerie and incredibly overwhelming lyrical content leads to this being one of the most intense songs on the album. “Teenagers” brings the energy back up with an almost silly rock song about the lead singer’s fear of the audience he’s singing to. The traditional rock chord progression on this song over the dramatic lyrics make it one of the most memorable songs to this day. “Disenchanted” follows as one of the least memorable songs, albeit a beautiful one. The soft acoustic guitar and lines about not fitting in stand out and resonate with a majority of the demographic the album reaches. The grand finale to this album is “Famous Last Words”, a hopeful conclusion to an otherwise dark story. The chorus of this song carries one of the most important lines off of the album: “I am not afraid to keep on living”. While most of the album revolves around regret and death, this song brings a brighter idea that maybe, just maybe, there’s a reason to keep pushing and to not give up.

The main idea that comes off of The Black Parade isn’t so much the “readiness to die” and obsession with death that is usually associated with it. While death is the main subject matter of the story and most of the songs, the message that truly resonates is the drive to survive. The idea of a well-lived life on earth is something the protagonist wishes for, and the finals line of the album “I am not afraid to keep on living” encourage listeners and provide them with the hope they needed. To this day, the album is still relatable and engaging as ever. While listeners might have grown up and moved on to other music, this album still holds themes of purpose and making the most of life on earth that anybody could hold onto. For these reasons and more, The Black Parade truly is the greatest album ever recorded.