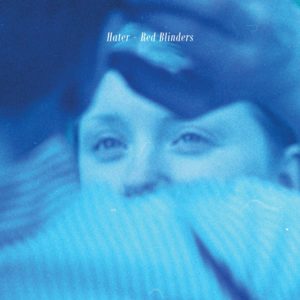 The Swedish four-piece known as Hater is still new to the game, introduced with their well-received debut album You Tried released last year. While their debut was described as eclectic and Jefferson Airplane-esque, as by their bandcamp, the newly released EP titled Red Blinders emits a flexible dream-pop air with a theme of 80s rebellion. While the EP seemed to be your average dream pop indie sound at first, Hater surprises us with its exploration of rock themes while staying within the genre lines.

Right away, the EP plunges the listener into a nostalgic simplicity. From the simple bass line strolling down a scale with a genuine vocal line, it’s hard not to like “Blushing” if only for the evoked emotion. Once it starts to drag in its overtly simple mood, as dream pop songs tend to, the track changes it up at the end with an interesting conversation between the guitar and bass, leaving the listener feeling like the words unspoken were satisfied through the instrumental exchange.

The second track of the EP, “Rest,” snaps the listener out of the dreamy state “Blushing” induced with a plucky guitar and harsh bass drum. Rest brings the EP into the sort of edgy side of dream-pop until the sudden chorus. The chorus contrasts with the verse’s musical motifs, being reminiscent to the sunny singer-songwriter days of 2009 indie music and contrasting to its initial darker sound. The track shows promise until the sudden shift in musical theme, which is so varying that it seems as though the band put two different musical ideas together randomly in attempt to complete a song.

What the band lacked in “Rest,” they make up in title track “Red Blinders.” The track comes in with a sexy bass line and a bitey vocal line, complete with a charismatic rhythm section fit for the cool kids in the back of the class room – while staying within the genre’s lines. The drawn out falsetto melody the singer vocalizes tends to drag the track into an almost boring state, but the track definitely serves as a level up from the first two that introduced the EP.

The final track, “Penthouse,” brings a jangly atmosphere paired with a driving bass line and quick drum section. The vocals emit a sort of irritated, upset croon, completing the track’s reputation as a catchy and rock-y dance song. The bridge introduces a simple guitar solo, but it works with the rhythm section’s still-driving force.  Even the ending of the song, a three-time striked chord, is actively angry.

Who knew dream-pop could sound heated without being passive? Hater challenges the genre’s aesthetic with its exploration in rock themes, giving this EP a significant edge over many artists who tend to meld into each other due to their very similar sounds. Red Blinders opens 2018 in an interesting way, giving promise not only in regards to Hater, but to indie pop as a whole. The EP makes us hope that other artists will follow. 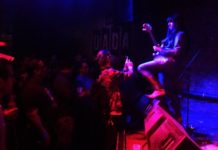