Home Reviews Event Reviews The Maine Brings Their Fans Together 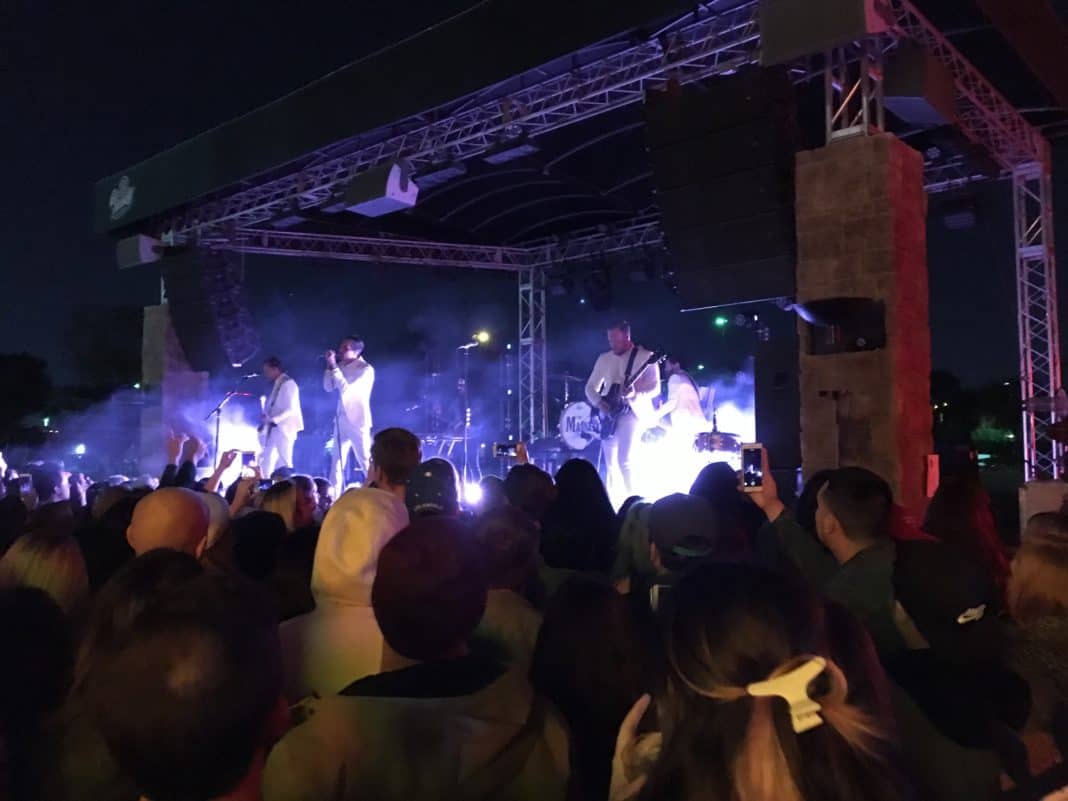 I have always had a vast appreciation and admiration for The Maine as throughout their career they have consistently placed their fans first. This 5-piece Alternative band from Phoenix Arizona constantly creates an environment that gives back to the fans and celebrates the community that has been created by their music. Whether it be free tours across The United States, their own music festival in their hometown, or tours centered around playing their newest record in full, The Maine continues to find new ways to reward their fans.

Given the recent fluctuation in temperatures, and the fact that it was my first time attending a show at the Gas Monkey Bar N’ Grill, I was not prepared for the cold outdoor venue. The atmosphere of the show as well as the amazing group of fans attending, however, made the freezing temperatures a mere memory.

Prior to last night I had not been familiar with any of the music by both Dreamers and NIGHT RIOTS, however, I was instantly won over by their sound, music, and energy. NIGHT RIOTS even threw in a partial cover of “Zombie” by The Cranberries, and any 90’s rock cover is easily the quickest way to my heart.

The concept behind the Modern Nostalgia tour, was for The Maine to perform their most recent releases, American Candy and Lovely Little Lonely in their entirety, back-to-back. They began their set with their newest album, Lovely Little Lonely which was quite incredible to hear live as the album featured several instrumental tracks throughout that served as a quick breathers between songs. The truly amazing aspect of this album was the fact that each song faded into the next seamlessly, which created an illusion that the songs were never-ending.

Once the first album was completed, there was a 10-minute intermission where their band changed from their matching all-white suits into matching blue suits. The Maine then began to play their 2015 release, American Candy, which contains songs that are both slower and emotionally charged. The lead singer, John O’Callaghan used this time to reemphasize the importance of the community that has been created and how this career has been a form of catharsis for both him and the fans. Immediately following the show, the band spread out into four different spots by the buses, as the lead singer was unable to come out due to the cold weather, to meet and talk to about 70 or so fans.

Overall, this show was everything I had expected and more, The Maine continues to outdo themselves and the crowds that are found at their shows are always some of the nicest people you will ever meet. Whether it be profusely apologizing for an accidental nudge, or finding extra rolls of toilet paper in the bathroom to help girls stuck in stalls without any, you are truly surrounded by some of the best people at a The Maine show.