The raw vocal power of Keite Young and the grimey, thick production style of Jason Burt come together to for Medicine Man Revival, the newest Dallas musical offering. MMR’s sound is best described as future soul, a blend of gospel, R&B, rock, and hip-hop. On September 21, they kicked off the first ever concert in the Liftoff music series hosted by the UTD Student Union & Activities Advisory Board. Before soundcheck, we at Radio UTD got to borrow the band for a stripped down session near the dining hall. Even with the simplicity of the setup, Keite’s moving vocals lend power to the music. Later that night, they took the stage at the Plinth and rocked the campus with their full set of instruments and their intense drummer Lil Marcus. Keep your eyes out for a full length release later on this year. 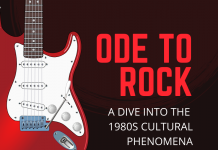