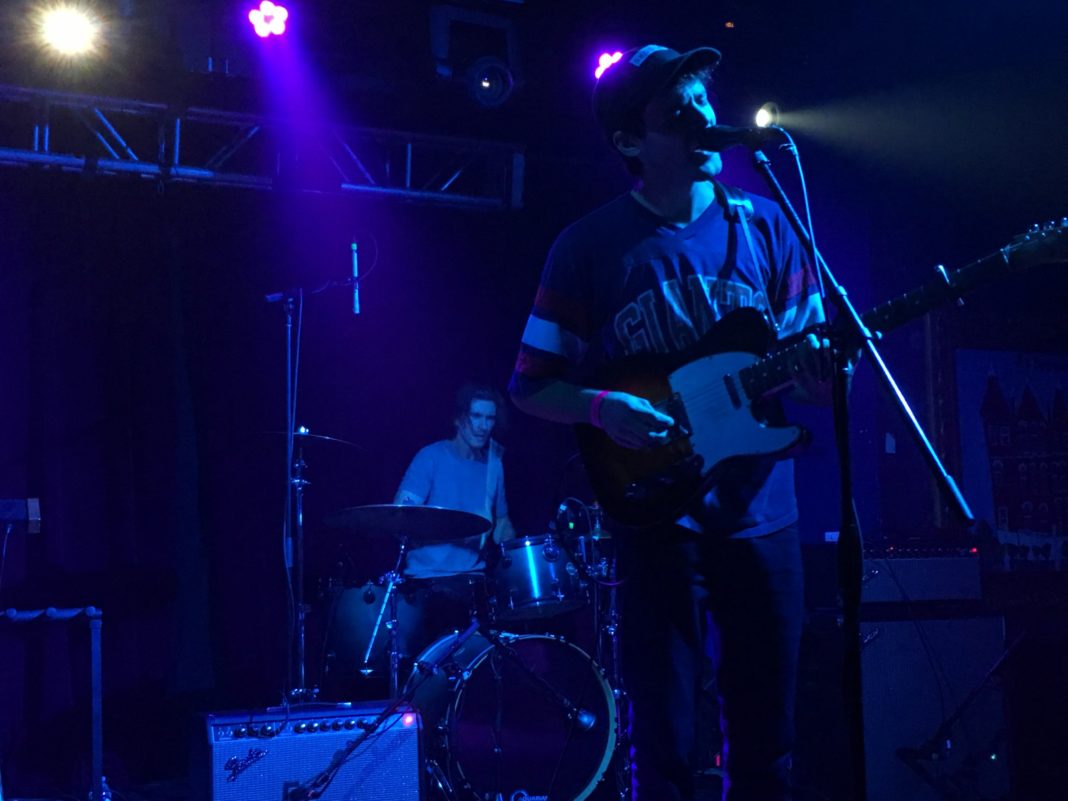 The cozy Cambridge Room of the House of Blues is one of my favorite venues with the size and sound the perfect mix of intimate and spacious, so it was a stellar start to a Day Wave concert. The openers, Feeves, were a lively, interactive group from two blocks over according to them. They played for the crowd by jumping all over, having numerous hand clapping runs, and climbing on speakers. The lead singer almost even kicked a speaker off the stage on accident, but it was all very endearing. Their music was also pretty lively and pleasing too with some classic alternative rock vibes but differentiated by a full-time alto sax player.

Day Wave was a contrast to Feeves. They came out humbly and calmly and proceeded to jam away, engrossed in their own music. They had been opening for the shins so they thanked everyone for coming out to their own headlining show, but didn’t say much other than that. They are more of the type to close their eyes and feel the music and hope everyone else is doing the same, rather than initiate crowd energy. I must say that their chill indie rock style translates very well live because in their recorded songs it’s all pretty relaxed, but the pulsating rhythms of the guitars and the yelling into the mics takes their presence to a whole other level. They played through their set in this manner, ending with “Drag,” by far their most popular song, and then they left and there was an actual feeling of questioning whether they would return for an encore. Most of the time these days you can always assume yes, yet their biggest song was out and the venue started playing music, but the crowd wasn’t taking no for an answer. They came back out with no plan of an encore, asking the audience for what they wanted instead. Being a rising band, they seemed very genuinely happy that this group of people just wanted to hear them play some more. They started with “Dead Beat Girl” but due to many other requests, they then played “Stuck,” and after a somewhat lengthy crowd debate and vote they ended with “Ordinary.” Both bands of the night were very endearing and put on a good show in different ways.