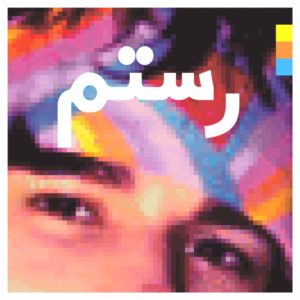 To start the discussion of Rostam Batmanglij’s debut solo album Half-Light by highlighting his departure from Vampire Weekend as the catalyst for his creative endeavors would be a massive disservice to him. Boasting a massive production discography that features, but is not limited to, the works of Carly Rae Jepsen, Frank Ocean, Charli XCX, and every album that Vampire Weekend has released, Rostam is easily one of the music industry’s biggest talents. Everything he touches turns to gold (or platinum), and on Half-Light, Rostam’s not afraid to flex his triple-threat status as a producer, instrumentalist, and writer.

While the album features guest vocals from Kelly Zutrau (Wet) and Angel Deradoorian (Dirty Projectors), there’s no mistaking the fact that this is Rostam’s masterpiece, through and through. Whether prevalent through the heartbreaking ballads of “Half Light” and “I Will See You Again”, or the eastern-style percussion of “Wood” and “When,” every track on this album is dripping with the particular musical brand that Rostam has cultivated over the past six years that he’s steadily been releasing singles. Beautiful stringed instrumentals or mesmerizing beats are layered underneath dreamy vocals that sound as if they’re being pushed through a wry smile, like he realizes all this self-actualization we’re lucky enough to witness is tolling, but necessary.

Though the album may vary in intensity from track to track, there isn’t a moment that feels as if it doesn’t belong exactly where it is. Every track seems to have at least one sister throughout the album, all feeding beautifully into the over-arching theme of love, and the incredibly complicated emotional fallout that can follow. He digs so deep into himself and brings to surface experiences so deeply personal that you can’t help but force yourself to relate to whatever he’s saying at that particular moment in time, regardless of what personal experience you happen to be having at that same moment in time. Happily married or fresh out of a relationship, the title track is a piano ballad that will, without a doubt, thrust you deep into the throes of heartbreak. If heartbreak isn’t your thing, there are tracks (“Bike Dream”, “Don’t Let It Get To You”) that are beyond exciting enough to trick you into thinking they’re not also exuding unrelenting emotion. “It’s not gonna feel the way that you expected / And it’s going to hurt to figure it out.”

It’s no secret that Rostam Batmanglij is overflowing with musical talent of every variety, and Half-Light perfectly serves to cement his status as one of the most influential musicians of our time. “We just wanna change the distribution of wealth / The weapons industrial complex, and the use of force by sundown”. Us too, Rostam. Us too.