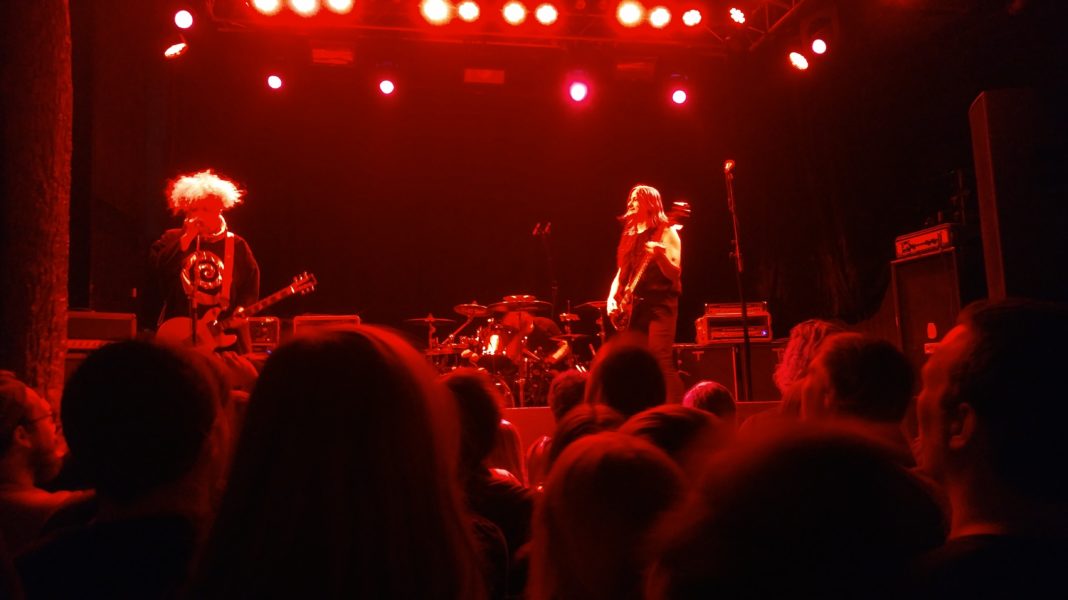 After masterfully missing every chance that I had to see the Melvins for the past three years, I had finally ended up in Trees last night to fix that mistake. Spotlights, formed in Brooklyn opened for the Melvins rather well. They did a good job of engaging the crowd, and warming all our ears up for the Melvins who would come on soon.

Melvins came out and started with “Sacrifice,” which almost instantly satisfied my cravings for heavy-hitting low frequencies right off the bat. This also reminded me that I would easily have trouble hearing just about anything the next day. Melvins continued their sonically charged onslaught with songs like “Queen”, and “The Kicking Machine,” as mosh pits in the crowd slowly became more and more involved. At some point, they even covered “I Want to Hold Your Hand,” which completely caught me off guard. When King Buzzo milked the riff as long as tastefully possible before dropping the line “I think you’ll understand,” I fully understood that this was going to be a fun one.

This brings up a very good point on most of the set, you could tell that everybody playing on stage was having fun at least 90% of the time. In the current iteration of Melvins, all you really have to do is look at Steven McDonald having a blast playing the bass. Another thing that was super notable was the amount of drum interludes that were just scattered across the set. Drummer Dale Crover had an immense amount of stamina throughout the set, and it was crazy how everything held together so well during their set.

Shortly after a drum solo happened, Spotlights came back on stage to play a couple of songs with Melvins to close out the set. As the set progressed, mosh pits got rowdier and rowdier. Strangely enough, a drunk man decided to start a fight in the crowd somewhere in the middle of the performance of “Hung Bunny”, and it was big enough to warrant everyone on stage to stop playing and scold him. Buzz Osbourne proceeded to say something along the lines of “If you wanna fight take it outside where the police can take care of you, but I’m not your fucking parent. If I have to stop again, we’re just stopping (the set).” After hearing that, you can bet your bottom dollar that the heckler was thrown out of the venue almost immediately.

Beyond that however, Spotlights complemented the Melvins well as they ensured that my ears definitely wouldn’t work the next day with a few tracks from Lysol. To be fair, I knew I tinnitus would strike me hard after seeing Melvins, but the real question ended up being was it worth it?