Home Feature Simmering Heat:Summer ’17 Albums To Watch Out For 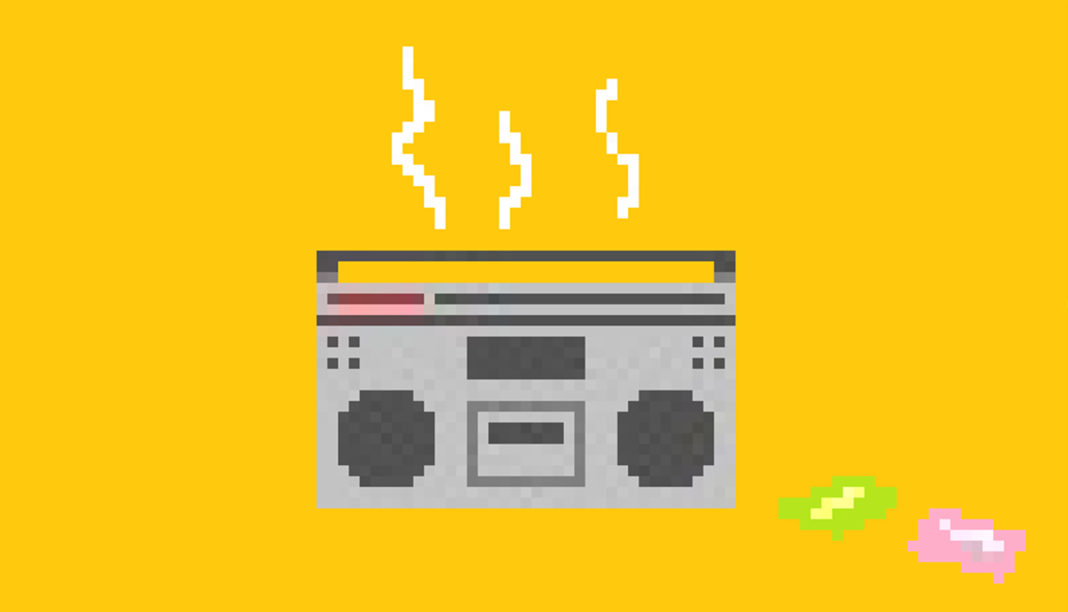 Ernest Greene has made quite a name for himself. Right next to the popularity of the MPC-1000 is Washed Out, the 2009 break-out chillwave, sample-based electronic act destined to change things in underground music. He did just that with Life of Leisure (2009) and arguably with his debut album, but lost steam and momentum with his sophomore album.

Years passed since and no word of Greene or his music was mentioned until only recently with the visualized tracked “Get Lost.” The dance-floor piano and swirling samples intrigued many and marked the epic return of an almost forgotten entity in music. The confirmed album Mister Mellow is a realized and nostalgic return, seemingly, to his older music of mildly lower fidelity and progressive audio quality. Think lo-fi house meets Within & Without (2011). The teasers have garnered much attention to the press as well as us at Radio UTD. We’re ready for this premiere showcase at GvB VI, curated with Washed Out himself, and anxious for that vinyl crackle and hazy vocals on Mister Mellow. Thank god for Chaz Bundick and his erratic sense to change styles. Another champion of the chillwave, his debut full length Causers of This (2010) made it impossible not to pay attention to Toro y Moi, but since then the conversation has changed, and changed again, and again… Chaz Bundick can’t sit still with his music and we’ll never complain about that because each release is well done – whether you like the respective genre or not.

Boo Boo is Toro y Moi’s interpretation of pop, synthesized in texture but polished and just a bit brooding. “Girl Like You” makes for an earworm of a song with a pleasing beat and beyond-catchy lyrics, reminiscent of influencer and prior-collaborator Travis Scott. Bundick mentions influence from others like Daft Punk, Frank Ocean, Oneohtrix Point Never, Kashif and Gigi Masin, peaking our interested to how Boo Boo will be executed. If it’s like “Girl Like You” we’ll be loving it. Garnering a surprising amount of popularity among the hip-hop community, after seemingly out of nowhere releasing “Slide,” Calvin Harris’ latest effort is shaping up to be an exciting release. Featuring artists such as Frank Ocean, Pharrell Williams, Young Thug, John Legend, Snoop Dogg and many more, this has potential to contain many summer anthems.

Harris seems to be trying to do what DJ Khaled has attempted many times – that is, gather a bunch of talented artists and put all of them on a compilation album of sorts featuring production done by him. So far Harris’ singles have been very strong, and featured a nice combination of stringed instruments, drums, and synths. We look forward to dancing along to this project all summer long. Everything Boris does, they do well. They’ve put out drone songs, shoegaze songs, punk songs, and more over the course of their 25 year existence. No two albums sound alike, and they’re always influential. Based on the single “Absolutego” (not to be confused with their other song with the same name), we can expect Dear to be a return to their apocalyptic, sludgy roots. It’s crazy heavy, and that’s all we could ask for: something perfect for holing up indoors all summer and never seeing the sunlight. A follow up to their 2013 record Reflektor, Arcade Fire is getting ready to release their fifth studio album. The title track was released on a 12″ vinyl during Primavera Sound, and a since removed video of it playing in a record store started to circulate among their fans. “Everything Now” samples “Dancing Queen” by Abba, and also features a pan flute, making it an interesting track to say the least.

They have now also released a music video for the single, which has the band playing in an empty desert, and surreal visuals. Along with the announcement of this project, they have also announced a world tour that continues all the way through November. Even after all these years of making music, Arcade Fire doesn’t seem to have lost their touch at all, and this could be one of their best releases yet. Last reported in early May, Lil B TheBasedGod himself tweeted:
“Mark this time and day History has been made! Lil b has just completed his first official mixtape ” black Ken ” its 100% completed.” The first official mixtape from the Bay area MC marks a major milestone for the artist – an independent and fully fledged work from start to Based. As of now, there are still no updates, no details and no promises. The only expectation is that it’s 27 songs and you don’t need to skip a single one. And it’s based.

Already released and worth the listen: