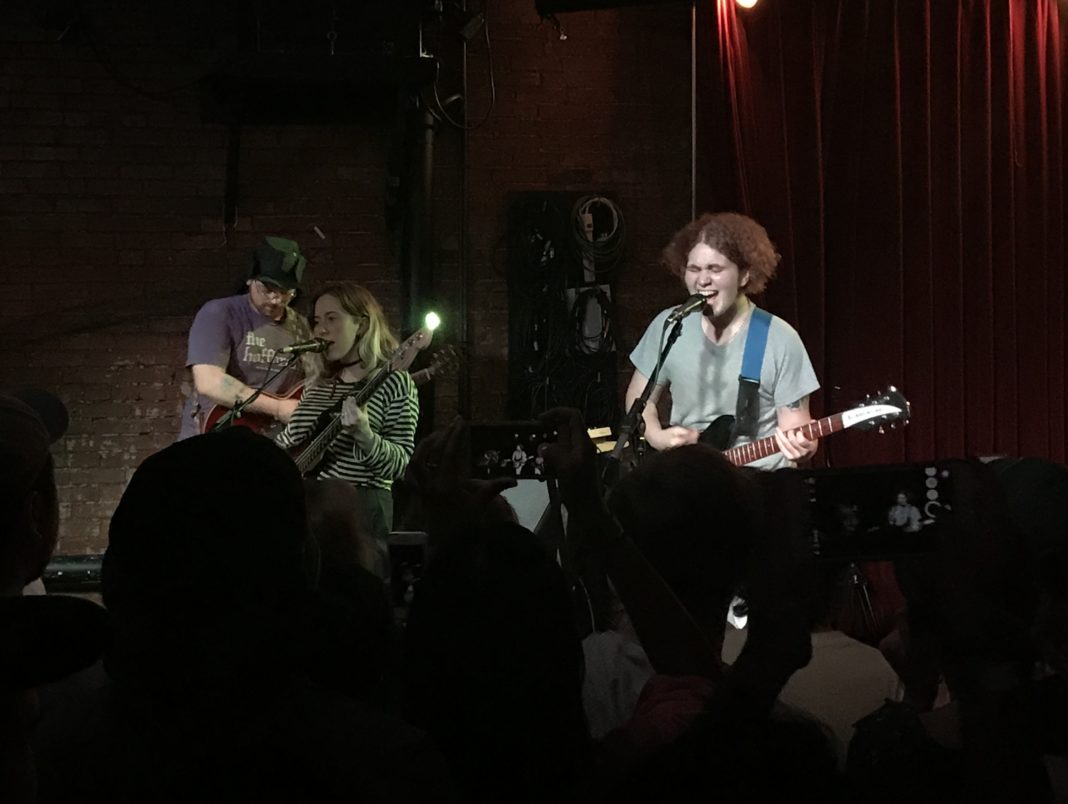 On an obscenely warm night, Girlpool came to town along with Maryland’s Snail Mail and Dentonites Pearl Earl. The bill of female-led bands brought some groovy tunes that made the weather tolerable.

Denton’s Pearl Earl took the stage first. The all-female four piece rocked out the first test to their local fans and unfamiliar faces. Their fuzzy, garage rock sound paired well with Girlpool’s aesthetic. Their poise is reminiscent of a riot grrrl outfit though their sound is along the lines of the more contemporary Chastity Belt (and U.S. Girls).

DMV’s Snail Mail followed them. They played a familiar sound while being the least recognized band in the bill. The crowd was thoroughly engaged throughout their set. Lindsey Jordan’s soothing voice struck through the lo-fi instrumentals. They were the perfect warmup for Girlpool.

Girlpool took to the stage earlier than expected. After initial technical difficulties, Girlpool continued to remain on stage for the next hour and played an awesome set of new and old songs. Their famous banter kept the energy light between tracks. At one point they covered Steve Miller Band’s “The Joker” while they were setting up.

Girlpool was perfect for Club Dada, they are a quintessential college radio band and they should not be missed when they come to town.