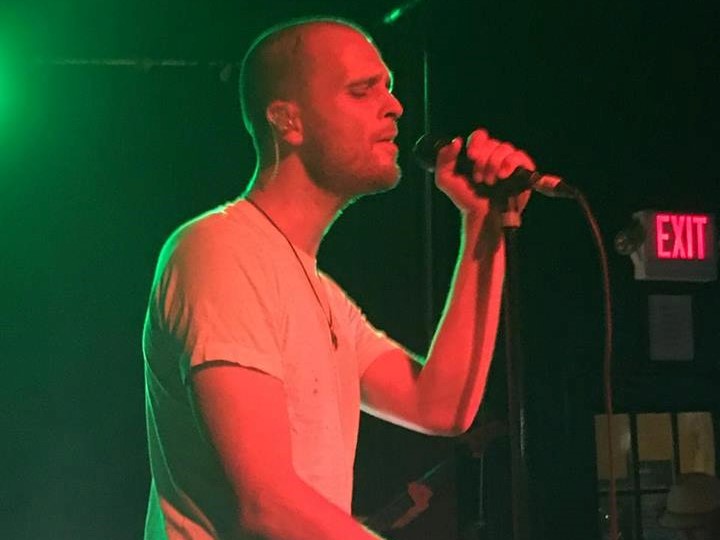 JMSN starts dancing early in his set and he’s all shoulders, hips, and a little bit of tongue. He’s a tall white guy, wearing a plain white tee full of holes, big buckle on his belt, faded jeans, beat up vans, a pendant around his neck, and a shaved head lined with tattoos, the most noticeable of which are a pair of kanji characters on the back of his dome. He’s the genuine article: smooth but not aloof, sexy but not obnoxious, and the man can sing like hell.

The opening act was a young Canadian woman by the moniker “Alcordo”. She delivered the same brand of R&B and soul that JMSN fans were expecting, but the vibe is a little cooler, blues inspired, seeking a balance between groovy and sentimental. It’s no surprise that Alcordo admitted to being a sad-girl more than once in her set, she’s charming like that. Her crooning had the audience swaying, and made for a strong complement to JMSN’s style, and that’s probably why the two are coming out with a collaboration. Later, JMSN brought her back out on stage and the duet was strong, really strong.

Following Alcordo was vocalist Quiñ along with her DJ. Quiñ, aka Quiñ the Cat sings these personal, synthy, soul songs that lean a little close to pop and wavy hip-hop. She dresses in a 1920s-style skull cap, beaded and fringed and fixed with cat ears, orange aviator shades, leopard print, santa-coat-red-shag, and knee-high boots. In between songs she talked about the value of fans, the story of her life, and the recent NASA probe to Jupiter called “the Juno mission” in which her music is meant to be featured as a part of the soundtrack that has been compiled by apple music. “Look it up” she tells the audience “it’s real”. If you find Quiñ on SoundCloud, the genre on her tracks is “Fantasy Soul Music”, and I can’t think of a better way to describe her.

JMSN’s live shows consist of a bassist, a pianist, and a drummer, with JMSN on guitar and vocals. Talented musicians all, showing off technical prowess and emotional content when they took their turns on the solos. The instruments made the set, and combined with JMSN’s stage presence there is a vivacity in his live music that has an increased element of “damn I feel myself” that makes JMSN’s music so attractive. Big, powerful crowd pleasers like “Drinkin’” and “Cruel Intentions” There were young women at the front with black X’s written over the hands that they clutched to their chests, fawning and trying to touch JMSN’s hands and feet. There were elders in the back, maybe connoisseurs of soul music, or maybe chaperones. The crowd starts screeching and braying as soon as JMSN starts to leave as if he isn’t about to dash back out on stage and perform a stellar live version of “‘Bout It” like he does after all of his shows. By the time he’s done, everyone is satisfied.

Club Dada is a great place to see JMSN. It’s a small venue, it makes the performance intimate, especially for a performer like JMSN who has enough good vibes to fill an auditorium.