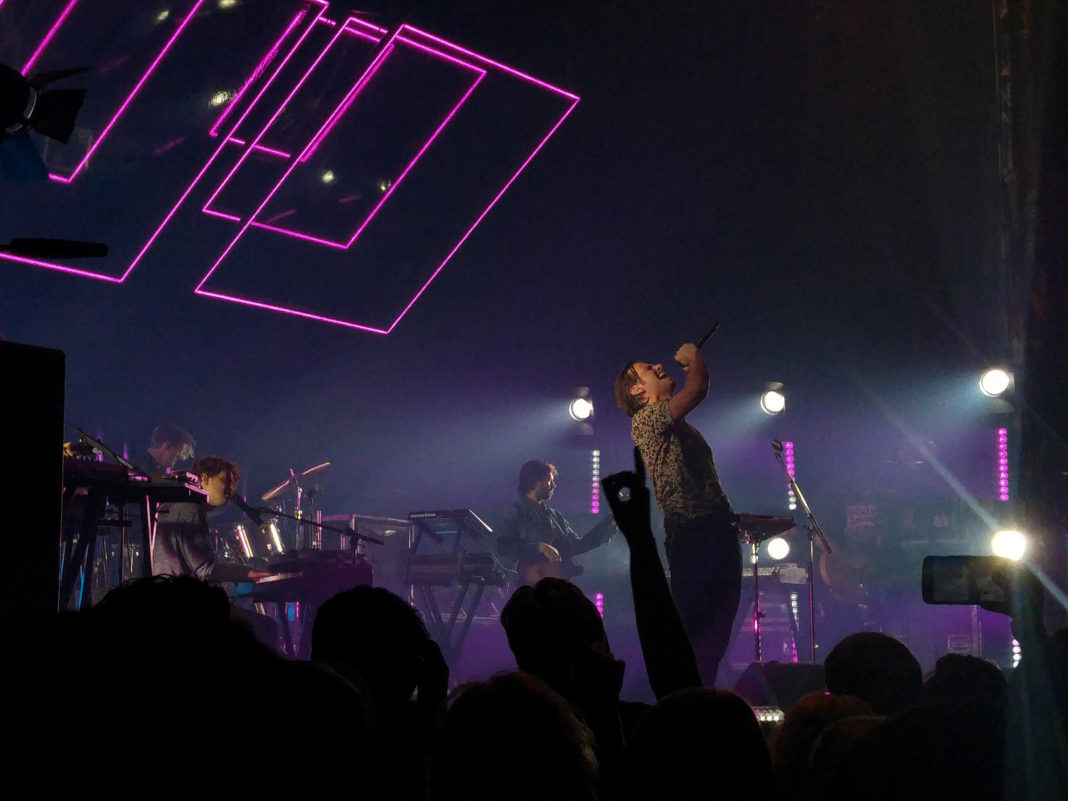 Foster the People brought a visually impressive and particularly memorable show to Dallas last night at the House of Blues. The essential indie group is back on the road to support their newest EP, III, which is three preview tracks from their upcoming untitled LP set to release sometime this summer. Three songs hardly constitutes enough material to tour on, however people from all over came through Dallas to experience the indie rock sensation preview their newest ideas for a third record. Some flew in for the show, others drove from Ft. Worth or even Oklahoma to wait hours in a line that stretched for blocks, each person hoping to get just a little bit closer to their idol Mark Foster and his People.

Mark Foster is the smooth operator, lead vocalist and frontman of Foster the People. The band emerged onto the stage through a thick cloud of fog as the packed house collectively screamed in excitement. Mark jumped right in with new material from III, the punchy and infectious track “SHC”. He followed up with one their incredibly catchy hits from Torches, “Helena Beat”. The audience was absolutely dedicated to any of their memorable tracks from Torches, since it was the band’s breakthrough album that brought them to this astounding notoriety.

The windows were the iconic production choice of the show. Above the stage hung three triads of window shapes which were used to project images through from behind. Sometimes there would be images of running tigers or flying birds projected through each of the three layers of the windows. These windows were also lined with programmable LED lights that displayed an array colors while flashing and moving in line with the music. From the lights on the frames to the lights surrounding the stage and along its edge, the stage was filled with beautiful colors that enhanced the show’s visual aspect. The band made excellent use of their production, particularly during the iconic track “Don’t Stop (Color on the Walls)”. They took a colorful pop song about adolescence and visualized it with a rainbow streaked blanket of light that poured out and covered the heads of the audience. It’s moments like these that really solidify the concert experience in the memories of concert goers and leaves fans anxiously wanting more – more of their favorite bands, more tour dates, and more memorable experiences.