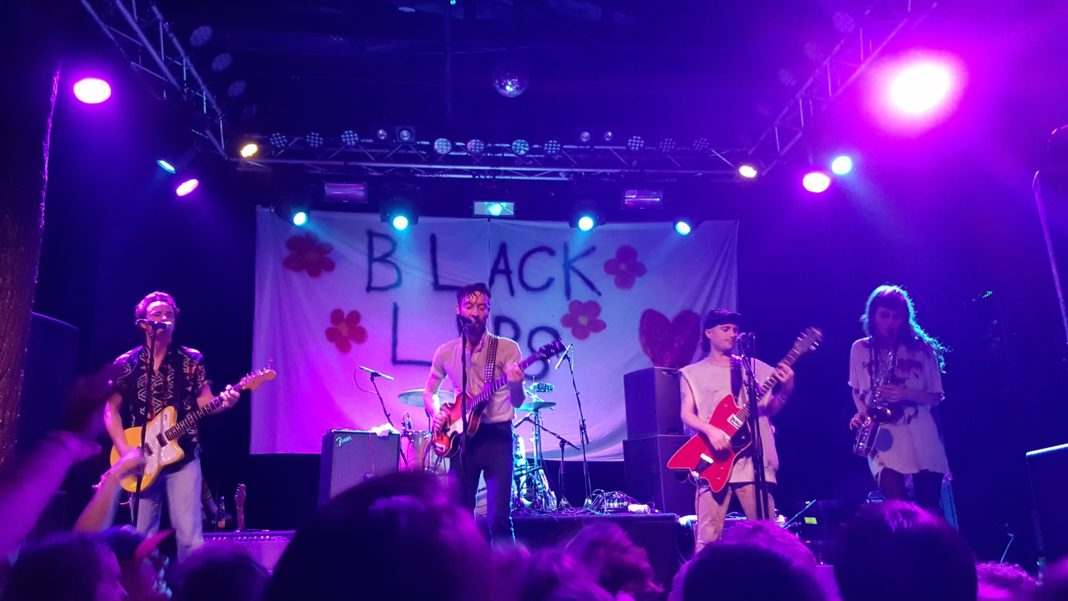 The screech of the guitar sent everyone rushing into the Tree’s venue to experience Surfborts first show in Dallas. Immediately the crowd began bopping their heads, getting to know the person next to them through a nice mosh interaction. Surfbort set a vibrant mood with their hardcore punk sound, Californian surfer grunge style, and their lead singer Danni Miller’s interaction with the crowd.

The band would tease the audience, “Bam bam bam, stop, Bam bam bam.” Sometimes Surfbort would give the crowd a chance to applaud, but made it clear that the next wave of sound was coming our way. Miller’s ditsy attitude made the crowd feel really giddy for the headliner. The Black Lips curtain opened with a playback of some intro to a symphony, and of course they began raging their guitar, the crowd followed creating a stronger push leading up to each mosh. The band added sound effects like panther growls to their rock-n-roll punk vibe. Even when you would expect their drawn out mellow sounds, they would turn the frequency up for us to start jumping around the floor. The Black Lips experimented with multiple types of rock in the best way. That old classic 50’s sound, surf punk, long swayed garage rock, and of course the screams of punk that truly made it a well-done performance. The audience I feel reflected of the band which was nice, I was pushed through without worrying about having a broken nose, ensuring me that they like the riots on a somewhat safe ground.

Their songs made people dance, surf the crowds, and throw their beer in the air to rain on the excitement of it all. The Black Lips even listened to their audience, taking into consideration song requests, and getting to know the audience by noticing similar interests from the band shirts they were wearing. In the end, they made sure everyone in the crowd was moving with each other and gave the front row high-fives.