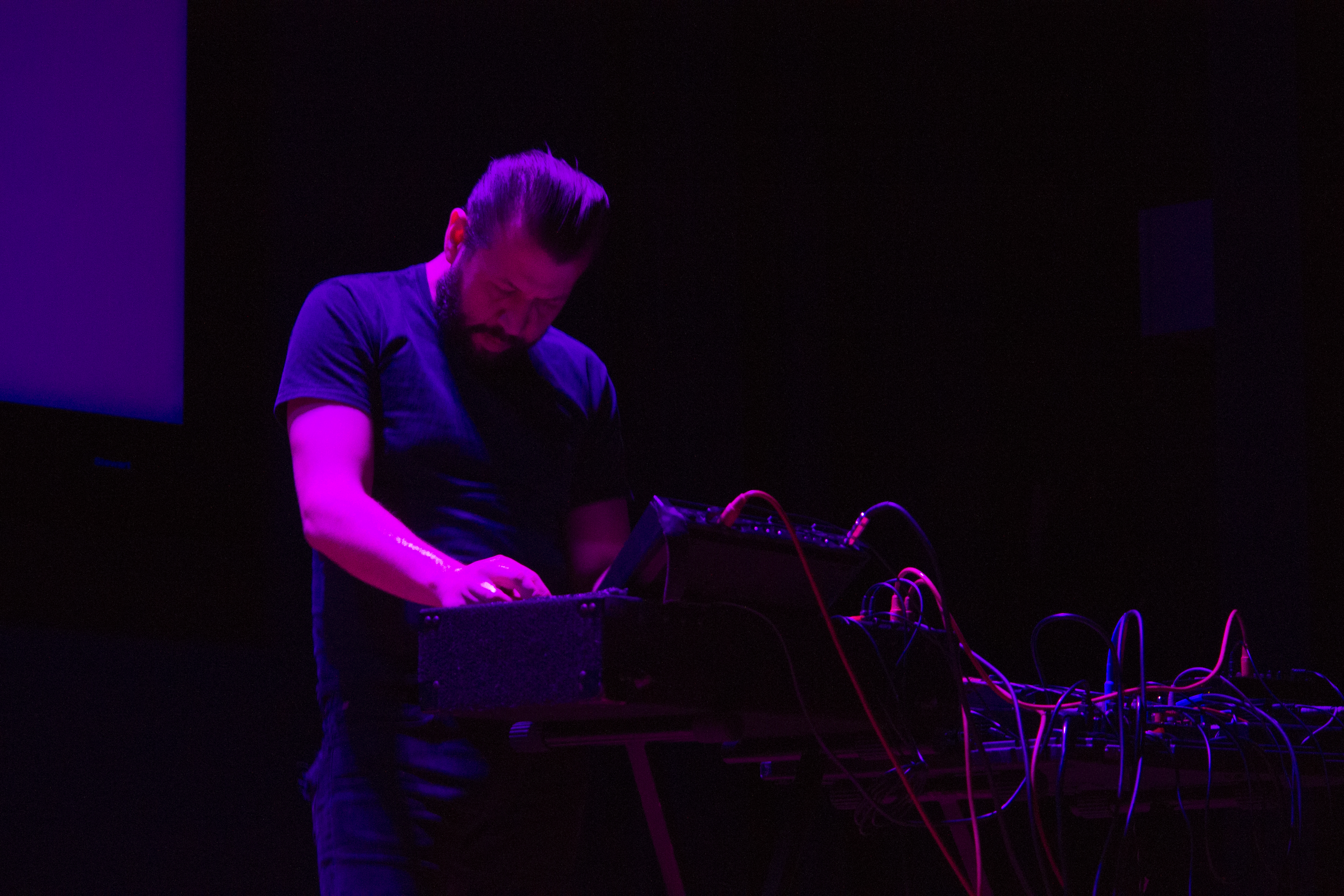 On 4/6/17, UTD had a special occasion. Radio UTD teamed up with SUAAB and created an electronic showcase, Plug and Play, an event to highlight the technical, moody and intricate side of electronic music. Playing possibly the first event ever in the new SSA auditorium, rigged with strobe lights, color and an impressive sound system, three Texas-native acts set up for a unique show.

Modular synthesizers, wires and pro-tools lined each individual’s set – each one a little different but all just as mesmorizing.

Denton-based Arouz were up first, mixing together an assorted collection of acid house, techno and hip-hop flavor. Charles Knowles and Keelan Tollefson claim Arouz is the combined musical sound of their two independent projects and interests involving electronic music. More and be learned by our recent interview with Arouz which occurred preceding their performance. Following this was Missions, the Austin-based solo project of Josh Mills. Multiple keys and modulation boards encapsulated the artist when he cued with ease. The song-by-song set was distinctly in the styles of Missions, according to Mills himself, and was only enforced when he took to the mic and sang through his vocorder. The robotic voice entranced the audience and made for a futuristic, chilling sound. We also got the chance to sit down for an interview with Mills with you can read here (coming soon). Last but not least was Austin-based synth-nut Jose Cota. The modular pads and wires tangled across his setup, covering parts of his pad banks and dials which made it look all the more impressive, and confusing. His sound was deep and dark – resembling of the Tron soundtrack if it took a more nightmarish turn – where pulsating bass riffs looped and progressively oscillated into the next phase. After about 40 minutes he concluded his set as well as Plug and Play.