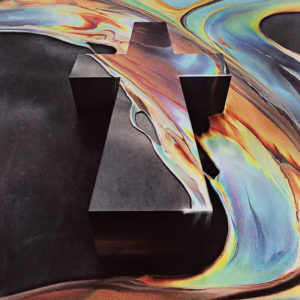 The prominence and popularity of popular dance/DJ acts somewhat shapes what we expect in coming months and years out of the genre. The cycle back to retro-sounding sonic spaces, made popular by Daft Punk, Kavinsky and more, has struck its appeal to the more dance-floor-centric communities – what’s more is they expect full length albums from such artists solely due to demand. Albeit each and everyone will wait excessive amounts of time, the eventual comeback album makes its entrance and french duo Justice are at bat. Their third studio release, Woman, is an extrapolation on a style held tight but seems more regressive than forward on their musical presence.

It was a renaissance time; the late 2000s spawned the myriad of artists, DJs and electronic juggernauts for the current wave of popularity within the genre. † (Cross), the debut album from the duo, proved to be the gripping tour de force presence of electronica and the face of the now up-and-coming, soon to be world-renown dance act for years to come. The variety that † supplied (e.g. “D.A.N.C.E.”‘s radio-ready hook to “Waters of Nazareth” with grueling distortion and menacing rhythm) set the tone for appropriate dance albums to come.

“Safe and Sound,” the lead single of Woman dropped in July 2016, resonates with the grittier tones of harsher funk, reminiscent of the debut. It was a promising return for a french electronic duo, otherwise silent since 2011 after the time of their second album release. Audio, Video, Disco set the stage of disco for Justice, the forefront movement and updated angle to the act, and not necessarily for the better. The reception was less than optimal – much less in comparison to 4 years prior – and a repeat of such would prove to be the worst move. The followup “Randy” really showed which stance Justice would take. The old-fashion, but pleasant song brought the focus of song writing and progressive dance together for an alright experience, but is it for the art?

Not to say that a truly good song should be heart wrenching, or even in minor tone, but funk as a whole is more or less a jam-band style of music, avoiding of much emotion, at least in this case of Woman. The production is adequate, or even very well done (not really), but if no risk in style or statement is made, what is the purpose? The lyrical quality is lackluster, with lines such as “There’s a love, love, love emergency” on “Love S.O.S.”, so attention is directed to instrumentation and beats. It is dance music after all, but that’s where Justice really fails to come through. Woman is a combination dance and disco, some sort of nostalgic trip for Xavier de Rosnay and Gaspard Augé, but the audience simply isn’t down for that sort of thing any longer.

The french act might have gone a little too soft with this one; no innovation and not much of a comeback. Unfortunately Justice’s third album is somewhat forgettable, especially in the ocean of releases from 2016.