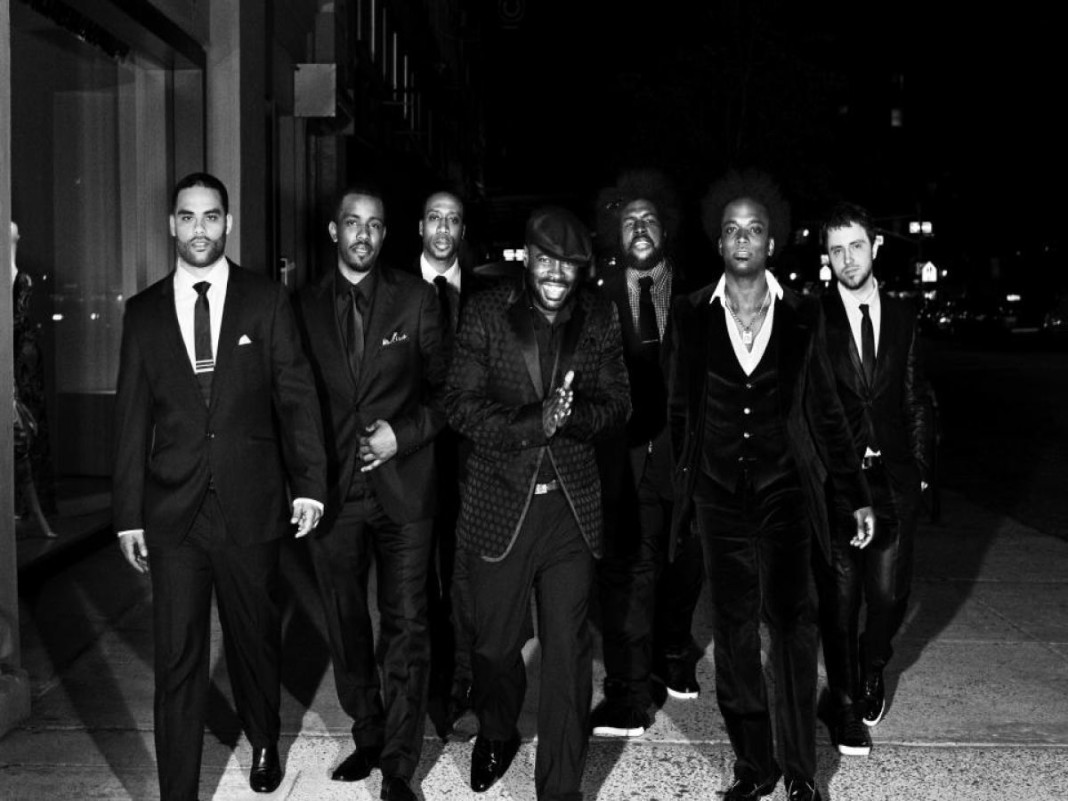 Game theory is the study of how rational decision makers will make choices in the face of conflict and cooperation. Games like Prisoner’s Dilemma and Stag Hunt paint a bleak image of how humans interact with one another and how, more often than not, they are willing to do anything, even harm others, to get to the top. “Game Theory” is also the name of The Root’s thought-provoking, brooding and angry seventh studio album, rereleased on Aug. 29, 2016. Like the field it is named after, “Game Theory” also portrays the dark side of human nature, only this time using the power of the microphone rather than mathematics. 10 years later, it’s chilling how it seems less like an observation of mid-2000s America than a prediction of what was to come.

Since their inception, The Roots have been one of hip-hop’s most vocal and socially aware acts. Lead MC Tariq “Black Thought” Trotter used his lyrics to spit everything from attacks against the rap party culture on “What They Do” from 1996’s “Illadelph Halflife” to portrayals of the dark road to drug abuse and addiction on “Water” off of 2000’s “Phrenology.”

Starting with “Game Theory,” however, The Roots took a decidedly darker stance in their music. Although the Philadelphia squadron always made self-conscious music, they also made it a point to make tracks people could get down to or merrily rap along with.

That’s not the case on “Game Theory.” Draped by the image of a hangman’s silhouette scratched atop disturbing and frantic newspaper headlines, “Game Theory’s” album cover foreshadows a foreboding experience from a group composed of men of color from one of America’s most violent cities.

The late and legendary producer J Dilla, who passed away in February of ’06, kicks the album off with the ghostly “Dilltastic Vol Won(derful).” It’s a song that lures listeners in the way a spider web lures in a fly: Once you’re in, there’s no going back. The games have begun.

The intro, which is literally a tribute to a dead, black man, is also a poignant and subtle reminder of the mindset The Roots approached this piece of work with. Unfortunately, once listeners go deeper into the world of “Game Theory,” they’ll soon learn that sort of memorial has become the norm for The Roots.

The album sounds like someone reading from the diary of a man who crept through the cracks of the Crack Era and made it out alive, but no less hopeful for the state of his country. Coming out during the height of the Bush Administration and the “War on Terror,” songs with titles like “False Media” present in no uncertain terms just how fed up Black Thought and the rest of his crew were with how their people were treated.

On “Game Theory,” Black Thought is less of an MC and more of a prosecutor, bringing forth a damning case against the United States of America and its treatment of the urban poor and disenfranchised. He’s like a boxer on the mic, punching out his own version of the Sweet Science with every syllable and simile. His bars are precise and striking, slowly but surely beating down the facades of institutionalized racism, the military-industrial complex and the drugged out remains of ghettos across the country.

Lines like “I’m from the side of town where shots get sprayed around/so the life expectancy rate be 28 around/downtown, battlegrounds where cops parade around/have your whole view on life beyond jaded how” on “Take It There” are the perfect summary of the album’s thesis. This is a dark project made by angry people during uncertain times. Even songs like “Long Time” and “Clock With No Hands,” which pay homage to the streets and neighborhoods that made The Roots, are filled less with nostalgia than they are with survivor’s guilt.

“Game Theory” kicked off an era of albums from The Roots focused explicitly on the dark side of democracy. “Rising Down,” “How I Got Over,” “Undun” and “…And Then You Shoot Your Cousin” all give an unflinching look into the mindset of minorities in 21st century America and they all stem from the blueprint “Game Theory” laid out. Without “Game Theory,” there’s no room for artists like Kendrick Lamar and Vince Staples to build a platform to tell their stories to the uneducated masses.

Albums like “Game Theory” are perplexing because they are appropriate in both college textbooks and in the headphones of kids in the streets. “Game Theory” is like a graduate course in hip-hop that holds nothing back in the harsh truth it teaches its students. It’s gritty, brutal and shocking. And, just like today, it’s a hard, but necessary, pill to swallow.
Out of all the tracks on “Game Theory,” “Don’t Feel Right” still rings true. 10 years after its release, in a post-Ferguson America in the midst of a presidential election from Hell, things still don’t feel right. And maybe they never will.