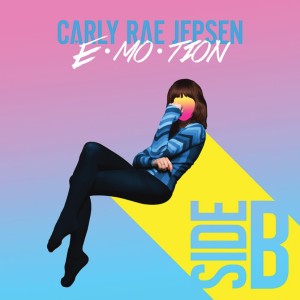 Carly Rae Jepsen could not have picked a better year to emerge as contemporary music’s queen of left-field pop. Just about a year has passed since she released the critically-acclaimed — and unjustly underperforming — Emotion, and like some kind of singing Canadian Bernie Sanders, her particular brand of “Ordinary Joe” relatability and youthful optimism has attracted a small but loyal following. (Does that make Taylor Swift the Hillary Clinton of pop music?)

Her latest offering — a small sample of a 200+ track Emotion backlog — won’t convince naysayers, but it does cement what most critics and fans already know; Jepsen is making some of the most fun pop music right now. And, honestly, that’s the kind we desperately need.

The genre has always concerned itself with what’s cool, but lately, the landscape has become especially self-conscious of its place in music, opting for sounds that are more careful and more aware. When music like Jepsen’s — with a sense of careless, campy abandon — suddenly appears, ears perk.

Side B is, unsurprisingly, less of a standalone project and more of a complement to the main entrée, reminding us once more that Jepsen et al. are particularly adept at recreating the spirit and sound of the 80s. Tracks like the Dev Hynes-produced “Body Language” and “First Time” would have felt right at home next to mega-hits like “I Wanna Dance with Somebody” or “Girls Just Want to Have Fun.”

The signature synth and drum production present on Emotion is also splattered all over this EP like bright neon paint, especially the anthemic highlight “Higher” (which should have made the final cut).  It’s a distinct programming — one that clatters and bangs incessantly — developed by producers (Ariel Rechtshaid) working in pop. It’s a sound that’s been ubiquitous in work from the likes of HAIM, Charli XCX and Sky Ferreira, and it’s a seemingly simple feature that nonetheless makes Jepsen’s songs bounce and soar sky high.

For all the fun to be had on Side B, there’s still a subtle somberness creeping underneath many of Jepsen’s songs. This is most apparent when the tempo slows like in the Debbie Gibson-esque “Cry,” which laments the frustration of a detached boyfriend over a flowing, steady synth.

Jepsen is by no means perfect, and there are moments when her music’s kitschy cuteness maxes out. Take the chorus on “Store,” which is reminiscent of the corny vocals of British singer Mika. For the most part, Jepsen’s team did right to leave most of these off the final product, where they’d risk sounding like filler. But Side B offers a nice “behind-the-scenes” look at the lengths Emotion’s team went to create a cohesive retro experience.

It’s a shame the Queen of Releasing B-Sides has been left behind in the pop primaries for now, but her newfound place as an indie darling signals that Emotion may just be the beginning. After all, this wouldn’t be the first time indie pop has opened possibilities for “one-hit wonders” to create indelible pop masterpieces (see: Robyn).

And yes, Taylor Swift is the Hillary Clinton of pop music.