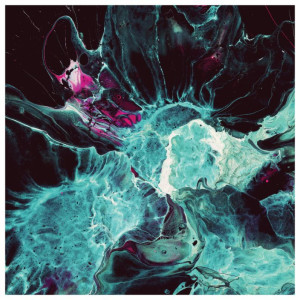 RT: Rome On A Saturday, Is What It Is, Narcosis
RiYL: Tame Impala, Real Estate, Air Review

Future Elevators’s self-titled album has an unpredictable track list. The sound varies from psychedelic vibes, to folky sing-alongs, to murky simplicity. Even if you try classifying the band as “Indie Rock,” you can’t help but question if they even are rock. This peculiar seesaw of edgy and sweet draws in (and repels) people’s different tastes. The freedom to pick and choose your favorite is refreshing, as if the album provides a ten taste sampler. Furthermore, your favorite songs transcend above the album, making you press the repeat button without hesitation.

Based in Alabama, Future Elevators channels a southern gravel. On the darker tracks, there is a dirty buzz that draws listeners in. Imagine walking down a sunny street, sporting dark shades and a denim jacket, knowing that the world spins around you with a growly electric guitar as the soundtrack to your life. The vocal and guitar melodies are lingering and even a little spooky. The beats tick along, shuffling to a 60s groove, reminiscent of The Replacements or The Zombies. What is laid out in front of you seems so simple, but washes in together in a sort of existential statement. Despite the low smoky dance, the vocals are infectiously high, fitting really well with the album’s theme of letting go. On the other hand, there are songs that totally lose the shades and meld into mellow grassy fields. Guitars pluck sweet melodies while vocals caress their words around a familiar feeling that can only be described as home. There is a fresh Saturday breeze and a lazy Sunday drag to these mellow tunes, like you are going on a spontaneous road trip with your best friends. To ears that prefer a flowy acoustic sound, these tracks even cross a slight country genre boundary. The album shows both bright and dark southern influences, adding to the variety.

The oddest addition to the album is the last track “Aphrodite.” The 10 minute long track takes up a third of the album’s run time. To some listeners, this track might seem unnecessary, since it seems sonically disconnected from the rest of the album and has no particular drive or feeling. Spotify doesn’t even let you listen to it, removed as if they believe it’s a track nobody wants to listen to. What sets this song apart from the rest is that the whole length of the song is a simple ambient, atmospheric track. Slow airy string synths create a landscape setting, picturing something that is bigger than humanity. Considering the song title refers to the immortal Greek Goddess of love, listeners can imagine a mellow love song translated into a Boards of Canada type track. Maybe it’s about how love is an age old concept that is generally unchanged, untouched since the beginning of our ancestors’ stories. Future Elevators has a couple of particular sounds that appeal to different listeners. The album has a vintage, carefree rock drive that not many musicians can create. On other songs, there is a considerable switch, allowing a tough wall to melt down and let the songwriting be vulnerable. This self-titled debut album’s flow is unexpected, but not drastically unpredictable at all. and in the future, the band should aim for more forward-looking and ambitious sounds.